Today, the international ratings agency Fitch affirmed their view of Hasbro, the owner of Magic: The Gathering and Dungeons & Dragons. They see problems ahead and rate the company at “BBB-” and Outlook negative.

Hasbro’s recent earnings report showed Wizards of the Coast made most of Hasbro’s profit. That might be a reason for pride in gamers, but it could also be a problem for the toymaker.

Fitch Ratings, one of the big three, is based in London and New York and owned by publisher Hearst. It’s big enough to even rate entire countries and their economic outlook. What Fitch thinks has consequences.

A BBB rating means that things are stable, but the long term negativity comes from two problems.

The first is Hasbro’s debt, which Fitch acknowledge the company is trying to address. Some of the debt comes from eOne, the entertainment company that Hasbro spent $1bn. Hasbro hasn’t been able to do much with it because of the pandemic. That’s an expensive purchase, and debt begets debt.

The second is that Fitch thinks Hasbro has effectively tapped out its legacy franchises. What else is there to do with My Little Pony, Transformers and G.I. Joe?

This article is not financial advice. 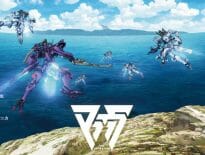 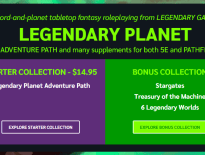