This article is about one of D&D three pillars. The previous articles in the series are an introduction and thoughts on combat.

When we think about the three pillars of D&D, the social one is perhaps the most ephemeral with regards to how it plays and is defined.

Essentially, it’s just talking to people and navigating social situations. In life, an in-depth conversation or argument can be a complex interaction with lots of nuances, opportunities to learn and multiple victory states.

Yet, in D&D, it’s often a single die roll with a binary fail/succeed condition. Hmm.

I’d posit that while social interaction is often the most thrilling or engaging part most RPG games, it’s maybe a difficult master to serve.

The game basically breaks the charisma based skills down into Deception, Intimidation, Persuasion and Performance. It’s a pretty simple metric to DM.

When a player wants something, you just ask yourself ‘is this a performance? Are they telling the truth? Are they Threatening?’ and by that series of questions, you can often come up with what roll needs to be made.

Of course, if you are threatening someone through lying or performing something untrue, it gets a bit more complicated, but it’s negotiable. This is because the game is interested more in the end result than the process.

The game’s skills in this are kind of named after the outcome of the check – someone is successfully Deceived, Intimidated or Persauded for example. The mechanics are interested with how the plot moves forward. In this regard, the game is very successful.

But if you want to move the game into deeper social mechanics? Maybe you want a game where conversations are the point of it. A lot of people talk about a game where they did nothing but talk all night as their favourites. But as the game’s mechanics understand it, there’s no XP gained there, no progression.

Which is odd, right? Now we are thinking about it. This is a massive part of the game that sometimes is just assumed to be the glue that holds everything together.

So what can we do to change the conversation about conversation? Well, I think there are several things we could try. Here’s what I’d do if I want to run a social pillar focused D&D game.

To begin with, we need to look at our rewards system. If you are using Milestone advancement, maybe place some of those milestones after a social event rather than at the defeat of an opponent physically.

Often these level-ups come at the end of a dungeon. How about getting them for surviving a week of the Emperor’s winter court intrigues, for example?

If you’re using XP, do the same, place more substantial rewards on just interaction, base a social challenge rating on the social stats of an NPC when we talk about defeat.

Make The Interactions Longer And More In Depth

Don’t make it all in one roll. Maybe someone in a long political argument has to first not be intimidated by the chamber’s debate style and make their voice heard; then engage a particular opponent and put your point across in a persuasive manner but deceive the room about the weakness of their arguments?

Each of these things doesn’t completely collapse the social interaction but have an effect on the end result. You can also make different rolls have a knock-on effect on later conversations.

This means an attempt to persuade someone might not give the players everything they want but instead open an NPC up to more persuasion once other conditions have been met or they’ve had time to consider your argument.

Lean into storytelling through the insight skill – tell people what someone isn’t talking about or leaving out and let the PCs work out how to get that information out of them, don’t just hand them all the answers in one go.

There’s currently almost no mechanical reason for players to talk to each other apart from to debate strategy.

PC’s can travel together for years and face dangerous threats, but the game does not care if they never ask each other ‘how are you?’. Which seems odd. So I’d reward players for this.

If you use inspiration, provide it for opening up to someone and having yourself validated.

Similarly, inflict exhaustion on someone who is socially attacked or has had to contribute a lot of themselves to someone who isn’t giving it back.

Imagine a system for a minute a situation where players have a reputation score that functions like hit points.

It grows every level as your deeds become more important. It represents culture cache, and the bigger it is, the more doors open to you. You can lose it by making bad social roles and choices, same as you’d lose hit points for falling/jumping off a cliff.

Also, opponents can attack it. They have a social attack that they can perform by attempting a deft put-down or destruction of argument or showing others your hypocrisy. That’s a number determined by charisma and proficiency bonus and does damage dependent on the tactic used. They are rolling to hit against the opponents social AC which is linked to wisdom (the ability we use for insight and thus allows us to read when we are being goaded or provoked).

A series of social attacks can leave a person’s social status in tatters. This adds a mechanic that really shifts the focus of the game and makes social interaction as mechanised as combat without destroying the base of the game.

In a game where this stuff counts, it’s way to reward players who make character choices that align with that priority.

I hope this helps you see how we can deepen social interaction encounters.

Did Tasha’s make similar systems? It might be out by the time you are reading this, so compared the two things and see. Next time, this exploration of the three pillars ends with… Exploration. If you didn’t see that coming, then you need to study more road maps. See you then. 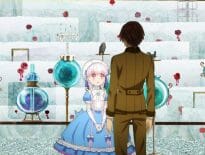 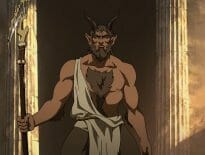