This week we’re looking at a batch of Netflix shows, including one of the two most popular anime on the platform in the USA in 2020. The one we’re not looking at is a Pokemon movie.

Also in the mix is the Gundam spin-off Iron-Blooded Orphans which got a second season without the Netflix app prompting me every day to watch it. I’m not hugely experienced with my Gundam shows, so I can’t say this is one is any different from the majority, but I can say that after a shaky start it matures into something I wasn’t expecting.

As ever, your own scout reports from the dynamic anime landscape are most welcome. If there’s anything you think we should be watching, or dodging, then share our own spoiler-free mini-review in the comments below.

The hot news for Blood of Zeus this week is that it was one the most popular animes on Netflix in 2020, a year in which Americans watched twice as much. Season two has been confirmed.

I’m giving the final episodes an IR rating of “Average” because although there were some fantastic battle scenes, it all felt rather hurried. Characters that should have filled the screen, have whole episodes of their own, became bit-part and it felt rushed.

There are only eight episodes, after all.

I like the premises of Blood of Zeus being a Greek myth that was forgotten and not passed on. The climax does not fit that pitch at all. We’ve a titanic showdown between the gods and the giants. Why? Infidelity and spite.

Toradora takes a far more sombre angle and tone of voice in the last few episodes. I’m not going to say it’s depressing, but the joyful teenage exploration of the opening half is gone.

At the heart of the issue, of course, is whether the two main characters should get together and whether they can.

There’s a love triangle or two to untangle, and friends bravely sacrifice their own feelings to support one another. Sometimes those sacrifices don’t feel entirely fair. Have “dragon” and “tiger” shared equal loyalty and dedication back to them?

We get to a resolution, though. It might not be the path we were expecting or the destination we hoped for, but we get there.

Toradora! joins the slim pile of “slice of life” shows I would recommend, but it’s not top of that heap.

I think describing the show as giant robots doing battle is a disservice, even if it’s part of the Gundam series.

This anime is about a group of orphans, pulled together by adults who were exploiting them, who rose up and made a bid for freedom. Then, in series two, these same orphans make a bid for power.

Perhaps “Rage Against the Machine” is a good alternative title. And to think, I found the early episodes a bit dull and nearly gave up.

Nagi-Asu: A Lull in the Sea

As you can see, I’m only three episodes into A Lull in the Sea. I like the Sea but not the Lull.

We’ve two neighbouring villages; one on dry land and one in the sea. The animation of the water and of life under the waves is lovely and surreal.

The series picks up with kids from the seagoing to the school on land. They look human and seem to be able to breathe on land. Tensions rise shortly afterwards as forbidden romance threatens.

Children born of mixed couples; one from the sea, one from the land, lack the special skin goo that allows them to breathe underwater. As a result, cross-breeding between the two villages threatens the existence of the sea village.

The tempo, though, is a bit slow so far and we surely don’t need another 23 episodes to explore one or two romances.

Oh no. Is this the exception that proves the rule? Fate shows are usually good stories with great characters.

Fate/EXTRA Last Encore starts off strongly enough, throwing you straight into the deep end and leaving you to work out that it’s all some sort of virtual reality.

Then our hero seems to die. Irregular Reconnaissance is all about avoiding spoilers, but this is an episode 1 bluff on a whole series about the mage, so it’s an entirely transparent bluff.

Sadly, it all goes downhill from that. The Sabre is the least engaging I’ve ever met, and the story seems to try and compensate for that by throwing in a random bath scene.

Since then it’s just been fighting. Like a computer game; one Heroic Spirit per level and a little story to hold the thing together.

Status: Disappointing, below average.
Where: Netflix

Fire up the comment box below to let fellow readers know of any anime discoveries you’ve made and would like to recommend. 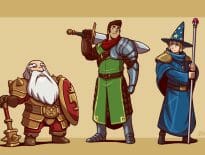 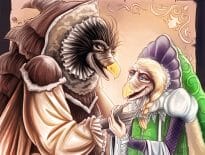