You are here: Home / Games / Tabletop & RPGs / Genre Police: Bring Me the Horizon

This article is about one of D&D three pillars. The previous articles are an introduction, combat and social pillars.

Give them XP. But how much? How much is a big world secret worth? Is it the same as discovering a cultural thing or finding a hidden valley no one has seen in a hundred years?

How does finding that valley compare to the XP award for traversing a planar realm that many have passed through but not many have survived? I don’t know! Let’s check the rules and see.

Oh no, wait. There’s nothing in them about these questions. Guess we too are exploring without a map. Award yourself XP. But, wait, how much?

So unlike the other two pillars of D&D, exploration just sort of happens. While you can get more of it if you engage with a setting, it’s not like you go out of your way to seek a description of, say, The Jungle Kingdom of Camataz-Zola from the DM. You are just given it when you arrive.

So in many ways, it’s kind of easy to view as a static counter that ticks up as you rack up the miles. Getting points while the DM describes the smell of sweat in the streets, noises of arena combat, the hustle of kobold tattoo artists.

But if we ask ‘Why is the third pillar of D&D exploration?’ we find an interesting start to understanding. It’s the plot driver.

You can have a load of combat and social encounters that might be quite pretty but without the exploration of the setting and its structures, we don’t go anywhere or do anything.

Exploration is core to D&D’s system. Players are expected to be curious. They are the sort of people who decide going into a dungeon is a good thing.

The rewards should come when a group engage with the setting in a way that uncovers something external to themselves, which in turn drives the plot forward. The amount of impact it has in changing the direction of the campaign going forward should be the determining factor of how much to give.

Not that all groups understand or care about this. Since 5th’s release, D&D has become a diaspora of interests, a lot of games have become psychodramas with the motivations of its protagonists being the driver of the plot.

It’s not bad, but it is a choice to embrace a mode of play where the ‘exploration’ is often internal.

Which is probably another reason why we are going to be seeing expanded social rules in Tasha’s but not necessarily expanded exploration rules.

So, how would I reposition a game to be more focused on exploration? Well, I’ve watched Dora The Explorer – I know if we need to get somewhere, we need a roadmap. Let’s take it step by step

The easiest way to make exploration important is to include travel, especially into unexplored territory.

The travelling part of D&D is often skimmed over. But in the first few levels, it’s important to dwell on. It is a way of informing players about an area by showing it to them rather than telling them.

Often locations travelled through will stick in the minds of players better than ones they’ve just, say, teleported to. But there’s also an important consideration you must make designing adventures, and that is to attach plot points to locations.

Don’t just have the frozen city be a dangerous and explorable place but have it hold clues to the characters’ backstories, things to find that link directly into their personal tales. Tell them that someone saw their missing brother in the Flame Kingdom. Then the players have to travel to and search the aforementioned Flame Kingdom. The location becomes part of the plot, and the exploration is driven by player motivation.

Players will explore a place more thoroughly if it has something they want or needs, be it magic supplies, a missing relative or a lost relic.

Are an interesting toy. But handled badly they can be frustrating affairs.

Endless hexes filled with no plot, nothing to do and random encounters. If you’re going to build a hexcrawl sandbox, here’s a tip. Include something really important in the first nine hexes. Then the ring of hexes after that, then the one after that.

Players need to keep finding things for the exploration to matter. If you just wander around doing nothing and only tripping over minor plot, then it is still going to be a place you explore, but the structure isn’t providing concrete rewards for exploring.

Make a moment of asking players at the end of a session what they learned. If the game is purely about exploring a place, have them keep journals about it.

Reward XP or inspiration to people who found things out. Then make those notes matter. Give them things where they have to refer back to them to work them out.

This feeds back to the players that exploring and understanding the setting is a way to triumph.

So, here’s a failing I have just noticed myself. I am currently running a campaign set around a series of wars and intrigues in which the players have a home base, a village called Brightdale, that they keep returning to.

My idea was to give them a sense of place in the world, something to fight for. But recently, one of the players said during a session “Play Dungeons and Dragons, explore vast fantasy worlds…which consists largely of tramping back to Brightdale” and I realised that at some point the game had become about its plot and five or six core locations, much of which were on the same continent.

I had kind of dropped the ball on exploration. So when you plan your plot, make sure that sometimes, the players end up somewhere really off the beaten path, like nothing they’ve seen before. If you have to stretch narrative to do it, then do so. It will make everything feel more fantastical.

This takes investment, but it is worth it. Give the players things. Let them hold maps. Give them guidebooks written by in-game characters. Have them find detailed drawings of portals to the worlds beyond and relics that ‘come from the planes’ and most importantly, make them Wrong. Have players need to draw stuff on a map. Have the ‘peaceful community of elves’ in the guidebook in fact be starving flesh eaters. The relics come from the wrong plane.

When the players uncover stuff for themselves and alter their knowledge, they always feel like they’ve made a leap.

One of my game revolves around ten lines of paper from a mostly destroyed notebook that the players need to understand to gain knowledge. They must have revisited these passages twenty times in the last two years. And when they realised how one of the inconstancies in the text worked out, it was a proper ‘AHHH’ moment.

So that’s exploration. I’ve barely scraped the surface of it – but that’s how it should be, the rest of this journey is yours.

Join me next time on Genre Police where we move on from D&D into a host of other interesting systems.

Genre Police: Bring Me the Horizon 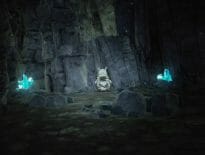 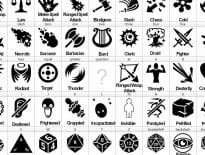