You are here: Home / Geek Stuff / These are the five most common names for D&D characters in 2020

Dungeons & Dragons is a game of imagination, storytelling and atmosphere we can surely expect some impressive character backgrounds, concepts and names.

Well, we’ll see. The company who might have the largest database of D&D character names is D&D Beyond, and so Geek Native asked them.

All concise names. Cleric is five letters long, a titanic compared to Bob and Ash but Cleric is also a character class. Do people routinely confuse the name and class fields or name their character after what they do?

Another theory, other than D&D players struggle for original character names, is that many characters in the system are works in progress or abandoned projects. Names come later.

“Cleric” and “Monk” might be go-to NPC templates for DMs. If that’s true, then there’s a lot of them!

In May 2019, D&D Beyond shared a snapshot of most common D&D character names. Yes, Bob was number one, Ash was number five and Jack sixth. Cleric was in position 11 on that larger list.

That means this update is consistent with past results and Monk is the surprise 2020 breakout character name of the year.

I’ve heard younger players say that they usually buy published adventures because they don’t have the imagination to write their own scenarios.
I thought they were being dramatic.
With this list of names, I see now that they were right, they do lack imagination.
And what a lack it is, when you don’t even have the imagination to pillage names from fantasy novels/movies/TV series, you’ve definitely gone past lazy and are now walking a path or aridity of the mind. 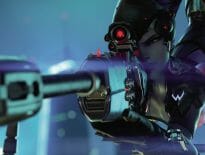 Art Picture gallery: The twice-delayed The Cinematic A… 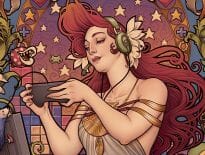