You are here: Home / Games / Tabletop & RPGs / Genre Police: Benji Vs The D

When I talk about RPGs in this column, I usually try to make sure I’m not tying my advice to one specific game. My ideas are generally applicable to any game you want to run.

We all know what I’m dancing around though, the game the majority of players are actually playing. The 8,000 pound dracoform in the room. I’m reminded of it every time I type ‘DM’ rather than ‘GM’ in my drafts and have to go back and retype it. It’s time to confront it. It’s time to look at everything I love about it and everything I hate about it.

It’s time to talk about D&D.

Here’s the problem with writing a monthly column a few months in advance. I want to talk about D&D 5th ed here, and I decided to tell you I was going to start with the ‘three pillars’. But no sooner had I committed to this column, then Wizards announced Tasha’s Cauldron Of Everything, which looks like it might address some of the points I’m going to make.

So, rather than just back down like a sensible person, I’m going to write this column with a mind that maybe it’s gonna change and talk about what I hope is in the book. But if I am way off base or they directly address my points, then maybe assume I rolled low for initiative and have been caught flat-footed. Or whatever they call it this edition.

So, what is D&D? It’s all things to all people, the original game.

It’s accepted knowledge that the game in its current form is very adaptable and while not the same game it was when it was created, the spirit of the thing remains but has evolved. After all, the original game was all about dungeon crawling, had little to do with in-depth character RP and the newer edition puts more into different areas, having three pillars of interaction – Combat, Social Interaction and Exploration.

Except – well, that’s all rubbish.

The Accepted knowledge is lazy and fails to look at the game properly. Let’s set aside the assumptions about the first edition for a minute (could fill a whole article about the stuff that people who have never played that edition say about it, but I’m not interested in ranting nonsensically) and go back to the three pillars.

Any good D&D game is supposed to revolve around the three pillars. The driving concept is about finding out new things, interacting with NPCs and fighting bad guys.

One Of These Things Is Not Like The Others

But… let’s look at our game system. When we talk about these things as if they are equal, what are we giving XP for?

And I know a lot of people are going to say that you are supposed to reward a PC for avoiding a challenge, but it doesn’t balance.

It’s easier to outwit an ogre than to fight it, yet the reward is the same. If you dance rings around a cunning noble at a party, that’s cool, but he’s only a 1/8th challenge threat despite it being a tense and dangerous experience.

I know I can kind of make up the XP reward for it, and I regularly do, but there are no GUIDELINES for that. How much XP is a cunning plan worth? How much XP is discovering a valley no one knew about? What about getting a campaign secret out of an NPC? XP gathered during combat is highly codified and catalogued.

A lot of DMs who want to give a more rounded experience of the game give out XP for milestones – which is not a game mechanic. It’s just a hand wavery ‘level up when you see fit’. There’s no agreed moment of transition; instead, a DM just awards you the level. Showing up is enough.

Looking Into The Cauldron

So, what do I hope Tasha’s brings to the table? I want codification of rewards systems. Maybe a way of upping a challenge rating for outsmarting/talking something with a higher/low charisma and wisdom than you? A series of examples of generic XP rewards for exploration and secrets.

They don’t have to cover every possibility, but adding number to twenty or so ideas for each pillar would go a way to balancing it.

I’d like chapter dedicated to how to make social interactions different from each other, how to deliver a satisfying exploration moment.

I want this because I hear players saying things like ‘we had a great session last night, we didn’t roll a single dice’ and while I am glad they had fun, I wonder if the game isn’t failing them. I mean you can build a character with high social stats, but then some DMs run social encounters without using them, have no framework for rewards and while it works, why did you pay for a ruleset?

Let’s be clear, I love D&D. I run five games of it in a fortnight. It’s provided me with some great experiences and friends. I just really want it to deliver what it promises without me having to make rules stuff up. Then it would be a complete package.

So what are we going to do about it?

It’s very easy to be a critic who does nothing about this, but that’s not really helpful for anyone.

So I’m going to take a deeper look at things. The next few columns just to take a look at each pillar and see if we can come up with some design ideas about it and how to alter the game.

And hopefully, by the time I am done, Tasha’s hasn’t just overwritten everything I’ve said. Thus is the price of relevance.

So join me next time when we talk about the combat pillar first and treat it like it’s special. Because I am a total hypocrite.

Creative Commons credit: Ogre Rustlers by yanimator, The Crown of Fantasy by 000Fesbra0000 and Dancing at the Winter Palace by Roy Lover.

Genre Police: Benji Vs The D 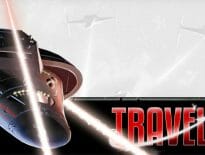 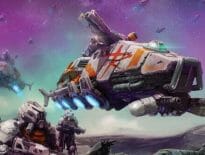