You are here: Home / Movies / The fight is on: Monster Hunter gets a beast of a trailer

Toho are hoping to take Milla Jovovich and their Monster Hunter feature-length to cinemas this December.

Paul W.S. Anderson is directing, and he has worked with Milla Jovovich before with the Resident Evil movie franchises. Anderson also directed the Mortal Kombat movie so perhaps bringing video games to the (hopefully) big screen is his thing?

Behind our world, there is another: a world of dangerous and powerful monsters that rule their domain with deadly ferocity. When an unexpected sandstorm transports Captain Artemis and her unit to a new world, the soldiers are shocked to discover that this hostile and unknown environment is home to enormous and terrifying monsters immune to their firepower. In their desperate battle for survival, the unit encounters the mysterious Hunter, whose unique skills allow him to stay one step ahead of the powerful creatures. As Artemis and Hunter slowly build trust, she discovers that he is part of a team led by the Admiral. Facing a danger so great it could threaten to destroy their world, the brave warriors combine their unique abilities to band together for the ultimate showdown.”

And in the interest of getting a broader audience, holywood once more makes a pastiche that won’t appeal to either the game players or the marine fans.

The fight is on: Monster Hunter gets a beast of a trailer 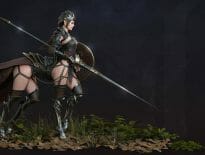 Art The Guodong centaur throws out the rulebook 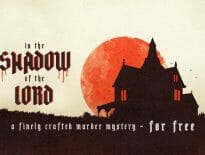