You are here: Home / Books / Comics / Sin City: A Dame to Kill For first trailer

Sin City is where you go in with your eyes open or you don’t come out at all.

From Frank Miller and Robert Rodriguez and starring Jessica Alba, Joseph Gordon-Levitt, Eva Green, Bruce Willis, Josh Brolin, Mickey Rourke as Marv and a host of others including Lady Gaga. Sin City: A Dame to Kill For is due out in the States on the 22nd of August and a week later in the UK.

A Dame to Kill For was written by Rodriguez, Miller and William Monahan and is based on the second book in the original Sin City series. Two original stories were written just for the film and another small plot based on the story “Just Another Saturday Night” appeared in “Booze, Broads & Bullets” which was the fifth book in the comic series.

The movie is set before the original Sin City and explains how Dwight came to have a dramatically different face.

Sin City: A Dame to Kill For first trailer 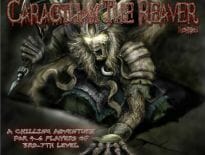 Tabletop & RPGs All Things to All People: A Review of The Tomb of … 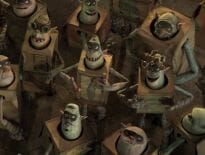