As we have discussed before, you should always make sure that any session you design with time travel in mind should have a planned structure – a focused view rather than a wide angle.

This prevents damage to your established story. Below, we’re going to look at some sample scenario structures that play with time and how to run them for a unique experience.

These scenarios aren’t like a lot of ideas you see for games, so forgive me if it gets a little wordy, but it is necessary to explain the crux of each idea. Rest assured they’ve all been table tested.

In Short: In this set up, characters who can already time travel create a paradox, which has repercussions for the time stream. They must fix it. I like this idea because it is about the structure of time and allows players to really have to think about stuff.

Set up: This scenario structure assumes that players already have some form of time travel. During a time travel visit, they give something to a past NPC that was originally given to them by the NPC in their time.

Weird Time Thing: This trade can also happen between two unwitting NPCs. What it does is robs the item of an origin point. If John Gives Laura a hat and then Laura goes back in time and gives it to John in the past, the hat just exists without a point of beginning. This creates a paradox.

Development: Have it not be a thing for a while, then have quirks start showing up. Upon investigation, the group discover the paradox is creating a loop in time and… there are things living inside the loop. It’s a fold in time where impossible futures are spewing out. Time is unravelling, and the heroes must do something before the things hidden outside time invade. They then find out the loop was created by them.

Conclusion: There’s lots of ways to deal with this problem. Clever groups might travel back to a different point and fix a timeline, in the above example, distracting Laura before she gives the hat away and swapping out a new similar looking hat for the original, creates a proper timeline for the hat, but it also possible for a group to just invade the time loop and take the fight to whatever is living inside. ‘Invasion of the city beyond time’ is a pretty good storyline.

Epilogue: If the group manage to collapse the loop, what happens to the reality inside of it? Did it ever exist?

In Short: In this set up, characters don’t travel around in time but the players do. In a series of nested flashbacks and forwards, we can tell a story of three generations of heroes.

Set up: Begin by telling your players this story is going to involve three generations of heroes and outline that the story is being told by three sets of people. For example, if you have a story set in the modern era, they might need to make heroes based in the 1960s and Victoriana era. If this is an ongoing campaign, you can just make two extra characters.

Development: But this time have the modern group find a plot thread about the first group. This time, have the flashback with the earliest group finding a mystic vision/time based problems of the middle group so the information is presented differently here, but the modern group now have a lot of answers from the past.

Conclusion: Once you’ve done this twice, you can start to skip to the first timeline and start concluding their part of the story, telling a part of the history of the setting. We find out what happened to them and maybe see if they survived. Then skip to the middle era characters and conclude their story. Give fan favourite characters of both timelines a way here to become frozen in time or skip forward. Have them show up in the modern era with information allowing them to combat the overarching threat of the story. Unite the best parts of all three groups in an exciting conclusion.

Epilogue: What happens to time displaced heroes? Now the puzzle has been seen over time, and three generations have been unravelled, what does the new society look like?

In Short: A big bad guy wants to destroy time. They have been planning this for a long time and plan to fire a weapon they have built in several time zones. When they do so, they have to wait for celestial alignments to align all parts of the weapon throughout time.

Set up: It’s best if you’ve had a big bad for some time who has been doing some oddness. The group learn of them through history and also learns of some of their historical operatives. Occasionally have a flashback involving players playing heroes of the eras discussed that they are satisfying play experiences, sometimes conclude on cliffhangers.

Weird Time Thing: Then have the villain’s scheme revealed, they are planning to destroy everything and have been doing for centuries. Soon they will align the time weapon and for a few minutes, all of time will be in the same place before being destroyed!

Development: Give the players the ability to travel to the timelines and allow them to take place in a series of battles, dungeons and sieges to prevent pieces of the weapon firing. Remember too they don’t have to win every one of these – just enough to stop the weapon firing. But there will be a battle across time here with lots of heroes all played by the PCs.

Conclusion: Hopefully they destroy the weapon, and everyone goes back to their own timeline. If not, then they have to deal with a shattered timeline free existence. But either way, it will be an interesting series of battles.

Epilogue: Does everyone make it home? Is the villain dead? What changes to the timeline did the group make due to their invasions? Is the world they return to still the same?

Here’s a series of easier to track time-based ideas.

Resurrection Men: A group of heroes realise they are resurrections of previous heroes. The older versions of them are sometimes able to help provide insight about what happened in the last and every other past version of events, but this time, something has changed, and the events are playing out differently. What is going on? Is it a good thing? If this version of reality is just one stage of a wheel, should we fighting against it?

Future Fight: Players have to contend against future versions of themselves attempt to influence events. Feature at least one flash forward to this possible future. Even when the heroes prevent the future they want to pass, then does it erase that, causing a few temporal refugees, or is the future changed to be something equally horrible?

Well, I hope that is enough ideas to be going on with. Next time, we’ll return to our series on dials to talk about narrative. Who in charge of it? The DM, the players? Or is the game somehow part of it? Let’s debate what is up for debate in your game!

Creative Commons credits: Cardboard Box by Snugglestab, Dark Castle by FantasyArt0102, Dream Like a Kid by TranceParadox and Inside the Eye of the Storm by Theme Finland. 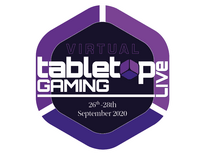 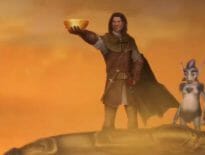