Warners’ Tabletop Gaming Magazine had to cancel the Tabletop Gaming Live show at Alexandra Palace due to the lockdown this year. However, as events like the UK Games Expo and Gen Con have shown, going online is possible, and now the magazine is following.

Virtual Tabletop Gaming Live has been announced. It’ll run from September 26th to the 28th, and will be composed of curated video content from game designers, publishers and content creators.

That’s the same date as Tabletop Gaming Live was due to be on. It will clash with Hasbro Pulse, but the American company is oddly stressing that their event is for US and Canadian audiences only. You can see the overlap over at the geeky convention calendar.

What’s going to make Virtual Tabletop Gaming Live standout from the crowd? Well, we’re told that they’re not going to need to sign up for a lot of virtual services.

Both Gen Con and Virtually Expo used a mix of platforms such as Discord, Twitch and virtual tabletops to facilitate games. The latter was especially keen that publishers ran their own tech. It’s just speculation, as the details aren’t out but it sounds like Virtual Tabletop Gaming Live may be more like the Virtual Crunchyroll Expo which ran over the weekend, using Vimeo to air previously recorded videos (for subtitles) along with a Vimeo chat widget.

Details will be revealed in the Tabletop Gaming newsletter.

You can get involved too. Got a game or something else to show off? Email [email protected] with your ideas. 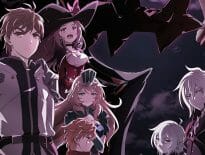 Anime Warriors and witches: KING’s RAID gets a tra… 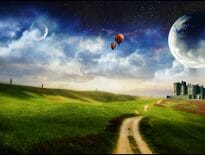