Time is complicated. In my other articles in the dials series, I spent a column on the speeding up and slowing down of time.

I can’t really do that here. We need to look at it from a different perspective because how you implement it in a session is different.

All of the previous dials are things you’ve set about how your game works. Time is different to that. You’re already fiddling with it. You do it all the time.

If you’ve ever said ‘And we skip to the next morning’, you’ve moved the time dial up for a moment then put it back. So we need to first instead look at what we are doing when we move a time dial – the reasons, techniques and outcomes.

Most games at some point have moments where seconds of action are represented by minutes or hours of dice rolling for players: the natural flow of ‘in game’ time is slowed, often during conflict.

Rather than a single roll to overcome a challenge, we need to have a back and forth between opposing sides that must be investigated. This is largely to do with focus.

If a game cares about a thing and wants to invest a level of detail into it, then it tends to add more rules. This operates like a movie set piece, taking a long period of real-time conveys a sense of meaning for us: we have spent time on this combat, that denotes it is a focal point.

As a GM, I tend to lean into these mechanics almost subconsciously – if a game takes rounds for a combat and allows each player a turn, then I will describe the cut and thrust of every moment, describing every strike. Each second is filled with intent, usually codified by an initiative style structure and I intend to spend the time letting players see every move.

I might not describe it as slow-motion but the structure of the game is making us pause occasionally to roll dice then describing the action beat by beat. Time is being approached in a slower fashion in the narrative.

There are things that can go wrong here. We can also begin to feel like everything is slowing down in our heads.

If every moment isn’t filled with intent, then the broken nature of the combat cycle can really feel stodgy, and at that point, we need to make the moments hit harder and pile the pressure on. This takes the rhythm up a gear, the seconds long descriptions are no longer ‘and a hit happens’ but a staccato flow of actions beats that are rattling along in seconds of time.

Let’s Do The Time Walk

Of course, this doesn’t just apply to combat. Some systems are interested in other things.

The Game Sigmata breaks down social situations into a series of back and forth tactics. Rather than having to give an impression of the conversation by saying one thing and rolling a dice, it suggests that each part of a conversation matters.

Each thing spoken has an intent – do you want to accomplish something through manipulation, force the point, or shield yourself from revealing that manipulation?

The game spends time slowing this down to real-time back and forth because it wants you to feel every second of pressure. It does similar things with stealth, chases and combat too. It knows what it wants to look at and take a moment with.

It’s important to notice when a game isn’t interested in slowing down time. A friend of mine quit a game of DND once and when I asked him why, he said that the GM wanted the players to continually remain in the initiative structure the whole game. While in a dungeon, conversation had to happen six seconds at a time and then you had to wait until your initiative to speak again. A long speech in an empty room was punctuated by a lot of ‘I delay’ until it got round to the speech-giver again. He said that such a breakdown of time destroyed his sense of immersion and his opportunity to just talk in character with other players. He never went back.

If you watch those mechanics, a game will tell you it’s not interested in a thing and you should adjust time accordingly.

In the game Uncharted Worlds, combat is usually over in a single dice roll: you won or lost, now you need to narrate what happened at the same speed you deal with the rest of the narrative. Because the game isn’t interested in breaking down the combat into a barrage of moment-by-moment sequences.

It wants to know who won, the outcome and how we got there but it considers lingering on the latter damaging to the narrative flow.

The whole game operates at that speed, giving it a different relationship with time – everything feels like it is happening at an unstoppable pace and the players can very quickly let a situation get out of hand.

So we can conclude that in relation to our game and our narrative, when we turn the time dial up and down, we are using it to create focus in an area of the game.

We’re engaging in our own moment of ‘bullet time’ or we are pulling back the camera and montaging a series of days together. We are telling our players what we are invested in.

And that’s the real important thing to take away here. If we are marking any kind of timekeeping, we are telling the players it matters that time is passing.

Some of the best adventures simply have a timeline of what the bad guys do. This imposes a structure of time onto the narrative that must be combated: the passage of time is important. If we do this, we have to make sure that the decisions they take within that ticking clock count and have consequences ready if they don’t act. Otherwise, it all falls apart.

The next article is going to be a more practical look at time-based techniques beyond the standard ‘slow down action, speed up downtime’ that can be used during your game. 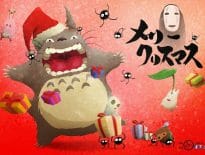 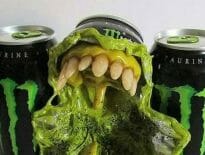