Throwing the time dial around in a game can, if handled badly, become an absolute death knell for your game. Things that made sense become stretched, often continuity is damaged, the plot can become a tangled web of logic.

After that warning, do you still want to tell these stories?

Does the idea of a plot stacked on top of itself chronologically interest you. Cool – where we’re going we don’t need roads. Having used universes where time travel is a thing, I’d say that, importantly, if you are going to mess with your time stream you need to stick to a few principles when focusing a story specifically around dislocated time.

These notes are for anyone wanting to use time travel as an adventure option but also to people who are planning a whole weird campaign where the point is to get lost in the river of time.

First, you need to have an established view of how time works in your game.

There are several different versions of how time travel works and picking one should be the priority. You need to be able to say with clear authority that one thing done by the PCs will or will not affect what happens the future.

Does it change original events or create a new universe? Is it possible to create a paradox, or does that explode the universe? Can you meet yourself, and if you can, how are the memories gained by your past self explained?

You need to know the answers to all of this BEFORE your players even travel. Otherwise, they will do the thing, and you won’t know what to do about the thing.

The easiest way to not worry about the consequences of time travel is to go back quite far – the argument being that the further back you go, the less likely you are to affect your own timeline and ancestors.

A GM setting a game that, say, travels to Medieval Europe won’t have to worry about continuity spirals, compared to people who travel a week backwards.

If you are planning to do this, then make sure you do some research about the time period. It’s worth looking at what was going on at the time and getting it right.

Also, the ‘less impact’ idea is a fallacy, of course. Actually, the further back you go, the larger your collection of ancestors is, so the more likely you are to disturb your timeline. Maybe ignore that, though. Just saying.

Make ALL THE NOTES

Keep extensive notes if you are doing an extended time travel game. Have models of timelines on paper.

After each session, check the timelines measure up and if not, change things.

Chart family dynasties between time periods. This will all pay off when a player suddenly wants to look up what happened to that NPC from the 1700s and if her family is still around in the 1800s.

Also, taking notes is good because you can see what is left hanging – and something will be. Maybe the past is altered in a way that brings new NPCs into focus or leaves someone from the past seeking vengeance? Maybe they damaged the timestream? Or create a new reality that invades the core one?

This stuff is a good way to make the players part of the history of the world and bring about threats that are tied into the world’s backstory. Look for those ties because they give a campaign a sense of depth beyond just ongoing events.

Keep The Camera On The PC’s

Make sure that you focus mainly on the timeline of what is happening to the players.

If they change time, go back and find an evil empire has taken over, then show that timeline and then allow them to go back and fix it.

Don’t worry too much about trying to show the players the work you are doing charting the timeline. Allow them to speculate, but it’s very easy to get lost in the weird permutations and debate time theory.

Thing is, this is a game. Nothing is happening while you explain the time travel theory or show a vast sweep of the multiverse. Just know the repercussions and keep the focus on the player’s reality and only occasionally hint at the bigger picture.

Otherwise, you’ll get lost and ‘the maybe’ will eclipse ‘the right now’.

Tell The Story Of The Past

If there’s one thing that going into the past should do, it throws light on present events.

Show a reason for villainous motivation due to past events. Tie a plot point into a character’s parents, or grandparents. Visit a place that is a ruins in the present, show how it is important to the ongoing story. Meet an NPC who the group know is dead in the present and have them provide information you need.

Let them see the backstory of the world and participate in the origins of events that affect them in the present.

For extra kicks, make it, so they are responsible for some events. When one of my players found out the reason the lich is interested in them is that they triggered events leading to his lichdom in the first place was a great moment.

If there’s one thing going to the future should do, it shows the consequences of PC action/inaction.

Showing dark futures that may come to pass is a good way of highlighting a particular problem in the game world, drawing focus to it. It’s also a great way of giving players a choice about their future and showing them their decisions will have consequences for the game world going forward.

Here’s a set up for example – If you show them a few particular version of the future but make both of them include some bad things and good things. Then tell them where the path of divergence between these things happened. Watch as they struggle to decide between realities and in doing so, invent a third path.

By the end, your world is different, and the players are the ones who made that future come to pass. They’ve learned and grown and had a real impact.

Next time, I promise we will finish our time dial exploration by providing a series of time-wonk based scenarios that you can drop into your game and giver your players something off-kilter yo play with. 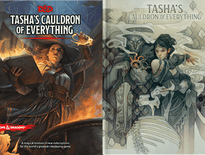 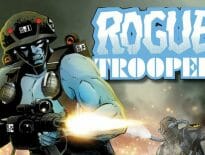