This is Audio EXP for the 1st of February 2020, and the title of this episode is ‘Angels of Death’.

[The following is a transcript of Audio EXP: #29]

I think this is the first time that Audio EXP has landed on the 1st of the month. It tends to be a busy day at Geek Native as I have to roll over the Patreon.

Let me tell you how it works. First, I have to conclude the poll for the RPG Publisher Spotlight. Patrons get to vote for a publisher that will get extra attention this month and the winner, this month, is… Palladium Books.

Gosh! That’s the most prominent publisher to have won yet. I’m going to do my best to get in contact and see if they’ll take part in a Q&A over email.

I also have to pick new publishers for the upcoming month. Ideally, people would be suggesting publishers for consideration, and so I’ll investigate building a submission form for that.

Usually, I had to DriveThruRPG’s latest product RSS feed and work from the most recent down. It’s an acceptable way to pick only publishers who are still active and who might appreciate the Spotlight more.

Today, though, there’s a technical error on that feed, and it’s blank. It seems like a good reason to bite the bullet and pick publishers exclusively from Itch.io.

I’m picking these from the Physical Games section, the Role Playing filter and ordered by most recent. That gives us the following five candidates;

As a reminder, you need to be a Patron to vote, and you’ll find the poll on the Patreon page. The
Geek Native’s Patreon it got a light re-organisation this month. I turned the ‘things you get’ from a paragraph into a bullet-point list. I added a new high tier.

I want to get more value from the Geek Native gift program. The goal of the Patreon is to support the community. If I have a $5 tier, then I can buy $5 indie RPGs or supplements from people and hand them out. Well, that’s the plan. I don’t really want to turn into Groupon for RPGs.

Right, let’s get on with the highlights of the week from Geek Native, RPG news and nerd culture.

Games Workshop gave us a teaser of their Angels of Death animated show.

I’m pretty excited by Warhammer Media right now. I want this animation to be readily available; Netflix, I’m looking at you. I want the 40K inquisitor series to be kickass, and I think it has every chance to be so.

An animation series you can get out right now is David James Armsby’s Autodale series. Geek Native posted Don’t Feed the Freaks this week. That’s both a one-off and a mid-series standalone.

The whole collection speaks of a dystopian society, ruled by robots and we’re left to figure out what’s going on. Absolutely worth your time.

Not everything gets animated, though. Netflix announced a big show going the other way. One Piece is getting a live-action series. You’ve probably heard of One Piece, it’s the biggest selling manga of all time and a hugely popular anime.

It’s been unchallenged, even by the likes of Bleach and Naruto for years, but recently Demon Hunter has started to nip at its heels.

There are little details about the Netflix live-action except Tomorrow Studios are involved, and they’re already working on a live-action of Cowboy Bebop. One Piece creator Eiichiro Oda is also included.

Another show, this time with Amazon winning the bidding war, is Fear Agent.

Seth Rogan of Preacher and The Boys has moved onto a new project with Dark Horse’s sci-fi about the last Fear Agent and his battle with booze and to get his ex-wife back.

Sound like a pulp adventure to you? As it happens, Pinnacle Entertainment does have a Savage Worlds game, and they launched a 10% sale to capitalise on attention.

On the note of capitalising of attention, there were two more Critical Role books this week.

The first is Matt Mercer’s 2020 update of the Blood Hunter class.

The Blood Hunter was the first class Mercer ever made, and it’s apparent he didn’t think much of it. Of course, that’s with the benefit of time and experience.

He had to create it at short notice and do it for a Holywood movie. That’s right, the Blood Hunter was created for a D&D stream with Vin Diesel and to help market the movie The Last Witch Hunter.

Mercer explains he was only shown the trailer, so hardly had any information on which to make the class. Since then he’s had loads of input from fans – you can just imagine, right, all those unsolicited comments – and has revised it several times.

This new version can be bought for $8 from the DM’s Guild, and if that sounds like a lot for a homebrew class, then the good news is that all money raised is going to support charity efforts for the on-going bushfires in Australia.

You can pre-order already, and it’s due out this year. I’m sure it’ll do well.

Penguin Random House, by the way, is a publisher created by the merger of Random House and Penguin. I think it’s a shame they weren’t brave enough to call the new company Random Penguin.

They are one of Wizards of the Coast’s computer game companies. A chap called James Ohlen heads it up, he’s ex-Bioware and was involved in Odyssey of the Dragonlords, which is a 5e setting-cum-adventure that raised nearly half a million on Kickstarter. I’ve a copy beside me, I’ll try and do a spoiler-free review later.

Unlike the WotC owned Tuque, Archetype will not be working on a D&D game. Their website revealed that they’re working on a story-driven and diversity-friendly sci-fi RPG. That’s pretty interesting, after all, Ohlen has worked on Knights of the Old Republic and Mass Effect.

Archetype wasn’t the only computer game news Wizards of the Coast had this week. They also found $1,000,000 for Twitch and Magic: The Gathering.

It’s called the Greenlight Fund. Nothing to do with Steam’s Greenlight. Instead, if you’ve got an idea of how you can grow your Magic: The Gathering Twitch community, then you can pitch your idea to WotC. If they like it; they’ll find some money for you.

Part of the process is a deal they’ve struck with StreamElements. StreamElements is one of those services that puts overlays onto your Twitch broadcast, manages donations, events and that sort of thing.

You’ll soon be able to apply to join the system if you are a Magic: The Gathering streaming. Once in, you’ll get given missions – all designed to entertain your viewers – and StreamElements will try and monitor to see if you’ve been successful or not.

So, if you fancy a chunk of that $1,000,000 WotC has to pay Magic: The Gathering streamers then the first step is getting into the StreamElements program.

Let’s quickly throw in some free goodies that might be of interest before we wrap up.

This is a nice move from Paizo, not just because it’s free, but because they’re making good use of the material they had to cut from the final product because of space. This feels kind and efficient.

You can find the download on Paizo’s website, in the show notes or by searching for Geek Native Audio EXP 29.

Another freebie is the very generous quickstart to Strange Things Afoot. This is a Kickstarter from veteran game designer Al Seeger.

In Strange Things Afoot creepypasta, urban myths and memes come to life through the power of belief.

If you’re more in the mood for mainstream rather than indie, then how does Assassin’s Creed sound? There are a few days left on the Titan Books and Geek Native competition to win a copy of Assassin’s Creed: The Essential Guide. 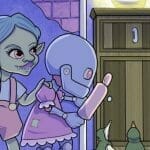 Competition: Babies and Broadswords - Imagine you know everything you know now, but you're 4. And you're a goblin. And there's magic. And sharp things. And no grown-ups. [...]

To win that hardback you need to be in the US, UK or Ireland, you need to complete the mission in the widget and be picked at random. What’s the mission? Well, we’re exploring whether assassins are cool anti-heroes or just murderers.

Tell the widget, and you might be the winner.

The last freebie I want to mention is a suit of animated armour that’s full of bees.

Hah. Yeah. You heard me!

Imagine that. The armour slowly creaks into life and stomps after the rogue who activated the magical defence. Bad goes to worse and streams of angry bees start to emerge from the armour and zoom after the fleeing rogue.

Well, the armour was created as a joke by Twitter user Snickelsox, and it has since gone viral.

Lastly, did you know Google launched a new search engine this week? It’s one that’s designed to find sets of data.

So I used it to find tabletop roleplaying data and found something pretty impressive. Programmer Pascal Martinolli collated hundreds of RPGs into a timeline.

The result is a family tree of RPGs he’s made available as a PDF. That’s handy as you can zoom into the detail if your software allows. The raw data for the project is available on his GitHub project if you want it.

Well, with family trees and armour bees, I’m signing off for the week. Let’s catch up soon. 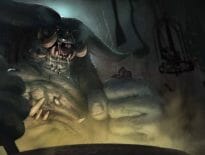