You are here: Home / Games / PC / Wizards of the Coast have bought Tuque Games to make digital D&D games

Based in Montreal, Tuque will now work on Dungeons & Dragons and the company has a brand new D&D game announcement on their site, which does not say much, but hints at old lore.

Tuque is thrilled to have the opportunity to be part of the Wizards of the Coast team,”

By working more closely together, we can accelerate our joint vision and bring to life new games, characters and worlds in Wizards of the Coast’s roster of franchises.

David Schwartz, VP of Digital Publishing at Wizards of the Coast added;

In Tuque, we believe we have found a unique partner that pairs the nimbleness of an indie studio with the veteran leadership and scale required to deliver complex AAA games for our largest franchises,

“We are excited to bring Jeff and the Tuque team to the Wizards of the Coast family, which we believe will allow us to continue to meet the needs of our fans while enabling us to scale our digital games development capabilities even faster.” 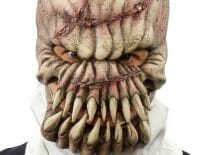