Tabletop gamers often have the most interesting sense of humour! Designer @Snickelsox shared stats for animated armour… full of bees and its gone viral.

At the time of writing, the bee filled armour has nearly four thousand likes on Twitter and is fast approaching two thousand shares.

Websites that specialise in picking up content that’s going viral, like Boing Boing are lapping up these bees.

Snickelsox makes it very clear; this is a joke.

It’s a popular joke, though. Perhaps that’s because a magically animated set of armour is probably a fantastic location for a swarm of bees to settle down and make a home. That would make the activation of the armour a far more scary thing should any of your players accidentally trigger it!

The armour has a weakness, though. It’s susceptibility to antimagic. If it’s hit by a dispel magic spell and fails a Constitution saving throw then it’ll fall unconscious for a minute.

Geek Stuff Squeeze these sexy D&D stickers into your lif… 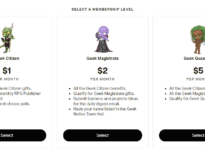 Sites Geek Native’s gift program
💰 Copper Coins 💰 Geek Native is an affiliate and may earn commission on purchases you make from third-party sites.
🍪 Privacy & Cookies 🍪 The site uses cookies to survive. By accessing the site, you agree to use your browser to control cookie use or take 1d4-3 privacy damage (tracking). If you defeat cookies via ad blocking, please consider the Patreon. An intro to cookies, and how to control them, can be found here. I Manage Cookies