You are here: Home / Games / PC / Wizards of the Coast’s Archetype project is a non-D&D sci-fi

We already knew that James Ohlen and Chad Robertson would not be working on D&D titles. That much was made clear after Wizards of the Coast bought Archetype Entertainment.

Ohlen is ex-Bioware and a big part of the team behind the 5e game Odyssey of the Dragonlords. Odyssey is a tabletop game, a D&D-powered fantasy version of ancient Greece and a Kickstarter project that raised nearly $500,000.

Archetype, though, will make computer games. As Micheal McWhertor of Polygon noticed, Archetype’s website now talks a little bit about the project they are working on for WotC.

Founded in 2019, Archetype is an autonomous division of Wizards of the Coast. We are assembling a world-class team to build a multi-platform roleplaying game set in a new science fiction universe.

The opening two lines of the second paragraph on the short website clearly sets out what gamers Archetype wants to create for.

At Archetype, we believe there will always be a place for story-driven roleplaying games that put the player at the center of an epic personal narrative with impactful choices. We are building games that represent the diversity of our audience.

So, it’s a sci-fi, story-driven and wise to diversity. James Ohlen previously worked on titles like Mass Effect and Star Wars: Knights of the Old Republic. 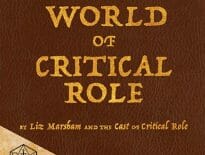 Books The latest Critical Role book: The World of Critic… 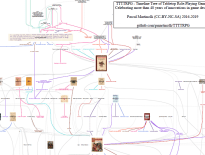