On January 1st, Geek Native kicked off an RPG Blog Carnival all about Random Encounter Tables. You can go back and review a system that I think works called dynamic encounter tables.

The point of the carnival, though, wasn’t just to read what I think works but to find some smart ideas, useful tools, helpful suggestions and insight from other RPG bloggers. In this wrap-up, you’ll find precisely that.

Marines, we need you to head to Jupiter. We have a problem.

The Library of Lost Legends

Temmogen reminds us why PCs often need to learn when to run away.

Up for grabs, though, is a blog post that points back to random encounter tables for forests, plains, hills or mountains and swamps and marshes.

If you’re like me, when you start a sandbox game you have a selection of of plot hooks for the PCs to choose from.

Florent “Killerklown” Didier came up with the neat idea of randomly generating who benefits from the trouble the PCs will eventually stumble into.

The lord of the barony downstream delivers free food and help, while bad-mouthing the local holder of the authority, who is away on a diplomatic mission.

Tom Stephens focuses on Star Frontiers and shares with us a detailed table that determines which planet a character might be from.

Inner Reach, Dramune, is listed as a medium population and the dominant species as Dralasites. So for this world, humans, yazirians, and vrusk all receive 5 points while dralasites receive 15.

Brent Jans shared the wisdom of compiling all your scribbled notes over the years into random encounter tables. Using “GMCs” (GM Characters), they share a whole d10 table. Here’s an example;

At some point, a character notices a GMC seemingly paying for all their purchases with small lizards in various colours. No one seems to have a problem with this, even (or perhaps especially) the lizards.

At a fairly meta-level, dungeons should be thought of as a living organism. It needs a circulatory system (usually water); it needs lungs, i.e. some delivery system that feeds fresh air throughout the structure; it’s component parts need food, i.e. some sort of internal ecosystem; and, sometimes, it will have a brain that actively maneuvers the forces within to challenge and confound the PCs, and will react to their actions.

You might be wondering which insight into random encounter tables to read first. I’ve put together a ‘random random’ encounter table and so press the button to find out what happens next.

Appreciate the inclusion of my (self-admittedly) very late submission :) 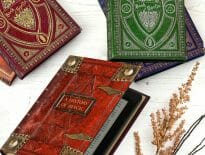 Cool Tech Turn your Kindle into a spellbook