You are here: Home / Games / Tabletop & RPGs / A review of Lancer RPG: An skirmish-tabletop hybrid that looks like an indie comic

Lancer is an RPG from Massif Press which you can download from Itch.io, and you can do that for free or for $25 for art, setting and loads of gear. I got my copy from their very successful Kickstarter.

There’s a curse with super successful Kickstarters. You have to live up to expectations. I think Massif and Lancer have managed just that. It’s a game that feels different from anything else in my collection. It feels like an actual mech skirmish game that’s genuinely merged with an indie RPG. It looks like an indie comic.

My first read-through of Lancer was quite a tour. I was barely a dozen pages into the RPG and felt I had a full handle on the game. The catch? My PDF Kickstarter copy is over 400-pages long. I actually found myself wondering what else would be added.

Then I was a hundred or so pages in and beginning to wonder I would need to write-up a cheatsheet of rules to keep abreast of the scope of the game.

After some playtesting, I quickly released that Lancer is a phenomenally easy game to play. It would also be a challenging game to master. Why? The RPG elements are streamlined and straight-forward. The mech rules are a little bit more evolved but clear and conscience. The challenge, then, comes with the range of options (and therefore strategy and tactics) those clear and conscience mech-skirmish rules allow.

As a result, I think Lancer is equally suited to one-off game as it is a mega-campaign that lasts for years.

That division of RPG and mech is explicit in Lancer. There are two modes of play; narrative and mech combat. One is freeform and the other structured.

In fact, Lancer is rather keen on structures. For example, there are five official stages of an adventure.

One thing I’ve noticed about Lancer and started to see more frequently in online conversations about RPGs is that the terms ‘players’ and ‘characters’ are used interchangeably. I’m not used to that; I think they are very different and should be kept so.

The game uses d20 and d6 and very few skills or stats. Lancer leans towards success and, as a result, favours players taking bold moves with their characters.

Typically, a skill check is made on 1d20 plus bonuses, and you need 10 or more to succeed. Points of accuracy add 1d6 to your roll and points of difficulty subtract 1d6.

Bonuses are easy to find because if you can blag it / tell a convincing narrative around a background or trigger (experience).

Some rolls and I like this feature, are Risky. These hecks need 20 to succeed without complication, and if you roll a pass (10+) but below 20, then you succeed but with the consequences of failure. For example, trying to sneak into a guarded compound might succeed but in a way that limits your time to get out or alerts guards to the fact that something is up.

Characters have ‘license levels’ which, in most RPGs, would just be ‘levels’ but in Lancer are explicitly tried to the quality of Mech and gear they can get. Half of your character’s license level becomes a grit bonus.

Characters (all of which are mech pilots) have only the following stats: Hit Points, Size, Evasion, E-Defense and Speed.

There are only four mech skills you can have; hull, agility, systems and engineering.

It’s mech combat that’s the most complicated part of the game. Not because the rules are tricky to understand, just that they’re not as straight-forward as simple skill checks. As I said at the start of this review; this bit of the game is easy to get your head around, but I think it’ll take a while before you can confidently call yourself a master.

The facing rules, I think, are the most complex and a compelling reason why you’ll want tokens and battle maps for Lancer.

Mechs are modular in Lancer; they start with a frame and add different gear to it. The frame you pick determines what type of gear and in what combination you’re allowed.

Your character’s license level determines the quality of that gear.

I think you can see, at a glance, how the system works. If you believe the mission will need lots of camouflage and some sniper weapons, then you’ll need a mech frame with the right mounts.

Just as pilots have a set of stats; so do mechs. These are Hit Points and Structure, Repair Cap, Speed, Evasion, Sensors, Tech Attack, E-Defense, Heat Cap, Stress and Save Target.

That might not seem like a lot, but small values make a big difference on the battlefield, and it will take a while to discover and master all the best combinations.

One of the things that makes Lancer such an interesting RPG is the visual style. It reminds me, very strongly, of indie comics. Quality art, with hints of Jamie Hewlett (Tank Girl; with those button noses with plasters on them), touches of manga, and absolutely not the clean lines of sculpted Marvel or DC heroes. This style, bold as it is, continues into the mech designs.

There are five big manufacturers of mechs (and countless smaller ones); General Massive Systems, IPS-Northstar, Smith-Shimano Corpro, Horus and Harrison Armory. While these mega-corps have different strengths and weaknesses, they also have different visual styles.

I’m pretty sure that players will not just build mechs to have the loadout and applications they want; I think players will build mechs that look cool. This adds even more playability to Lancer as success in missions leads directly to characters advancing in license levels, and therefore more visually impressive mechs.

As the Kickstarter did well, almost all of the most common, non-customised mechs, are wonderfully illustrated.

The world of Lancer

Lancer is set in the far future and when humankind has expanded across the stars.

It’s not an equitable future. The ‘core’ is dominant, making the decisions and with most of the control. On the fringes, there is the diasporan collective, who are perhaps more flexible, less stuffy but not as powerful.

Your character can be from anywhere you like. Rich or poor, talented or privileged, it doesn’t really matter. Your character is always good enough to be an elite mech pilot.

A word that appears often is anthrochauvinism. I get the etymology, but that’s not a pattern I’ve seen before. I assume it means that anthrochauvinism are out to harvest and exploit the universe in the interest of the human race, that’s a cultural norm that justifies the decisions.

The role of anthrochauvinism is one that Lancer explores.

There are ethical concerns too. The role of AI (perhaps a contrast to anthrochauvinism) is there as is cloning.

In Lancer, if your character dies, your character can come back. If you want. You can be a legal clone or an illegal clone. You could have the same personality (possible) or have developed a different one (the default and legal approach).

As the return of the clones perhaps illustrates, in the Core, Lancer is set in a post-scarcity universe. Characters mostly have access to anything they want if they can afford it.

Lancer is also the story of humankind rebuilding after failure. “Recontact” exists as a theme, catching up with those humans who escaped from Earth during the dark decades. Rather than aliens, there could be Recontact scenarios.

I really liked Lancer. It’s a great and innovative RPG.

Playtesting unearthed some quirks, though. Pilots need to blow off steam, and in the interests of telling exciting stories, this tends to lead to in-character mistakes, consequences and other facepalms as other members of the team react at the foolishness which ensures.

That’s all well and good, but when the speedy and structured of Lancer then takes you into a tense mech battle just half an hour later, you find yourself now needing to trust that naked guy who you had to uncuff from the lamppost and take home. It’s weird.

I suspect you’ll also need to find a group with very similarly minded players to get the best from Lancer. I had one playtest where I could easily see half the players saw the RPG element as padding to the mech battles and the other half saw the mech missions as mere interludes to character stories. It was only a few missions squeezed into a weekend’s gameplay, but I could see the tensions rising. That combination of players would absolutely not have stuck together for a whole campaign.

Great game and a strong candidate for “one to watch in 2020”. If I ever have the itch to do more wargaming or skirmish gaming, I think I’ll direct my energies towards Lancer instead.

Have you played Lancer? Let us know what you liked or didn’t fancy about the RPG in the comments below.

A review of Lancer RPG: An skirmish-tabletop hybrid that looks like an indie comic 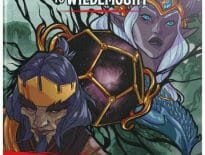 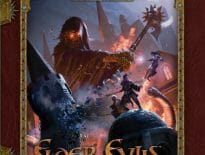