It feels like there is a rush of big Kickstarter projects launching this week. There’s Cats & Catacombs, the ex-Bioware staff’s Odyssey of the Dragonlords and the Vampire legacy game Heritage to name just a few. So let’s make the effort to look at a smaller, indie, publisher.

Attention Span Games have a pocket RPG planned called Big Eyes, Small Brains. They’re asking for $4k on Kickstarter and, at the time of writing, have 29 days to go and are 10% of the way there.

A pledge of just $5 gets you the game in PDF. This weekend, a promise of $12 gets you the book after the early bird window closes you can get get the same for $16.

I’m not aware of any connection between Attention Span Games’ “Big Eyes, Small Brain” and Guardians of Order’s Big Eyes, Small Mouth. The latter was the go-to anime RPG for many years.

Whether it’s wise or deliberate of Attention Span Games to invoke such an iconic title remains to be seen.

What we do see from the video pitch are authors L.B. Bryant’s anime knowledge and Samantha Ferreira’s skill. A special shoutout to Ferreira as it looks like being in front of the video camera was the very last thing she wanted to be doing, and yet, she did it, and this speaks volumes to her commitment to the game.

I suspect Big Eyes Small Brains has an uphill battle ahead. I don’t image many tabletop gamers are flush with cash right now. Attention Span Games don’t really talk about the mechanics or why Big Eyes, Small Brains will be different or any good. It’s a different matter, of course, if you know the company already and like their previous musically themed pocket RPGs. It’s only even implied that “Small Brains” will be pro-anime.

However, it’s not every day you get offered a low-cost anime RPG or even just an anime RPG! We’re still waiting on Oddity High to deliver after it’s Kickstarter success, OVA is good but remains fairly obscure and Break RPG looks to be a strong contender but still in development. Perhaps this is the window for a small anime RPG Kickstarter after all.

Correction: A previous edition of this article referred to Samantha Ferreira as the game’s illustrator. She is not.

Many thanks for the article written on Big Eyes. There are a number of things mentioned in here that we will address on our KS. Such as more on the system, our not in any way being affiliated with BESM, and that this project is fun and satirical. One correction from the article, Samantha is one of the two writers, not the illustrator.

Thanks. I’ve corrected the article. 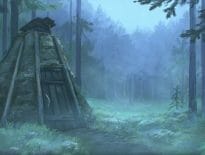 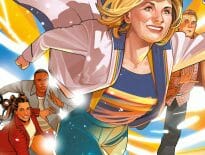