You are here: Home / Games / Tabletop & RPGs / Vampire: the Masquerade – Heritage funds in an hour

There’s a bonus of a “First Blood” for any backer who joins the campaign today. Nice Game Publishing seems to be in a rush to get going because this Kickstarter is half the typical duration; lasting 15 days rather than 30. There will be no pressure as it funded in an hour and is currently 400% funded. You can watch the money drain in at the Kickstarter campaign page.

The Kickstarter Edition gets you the Retail Edition plus the Stands of History addon, Twisted Fates addon, your name in the rules, The Gentleman’s Stories and some exclusive Kickstarter content. Both tiers get you any stretch goals that might come along.

The game has 7 chapters, with 21 sub-games and 100 individual history based missions to take you through 700 years. You’ll come back to the board game as the same vampire and the actions (or inaction) you made in the game before will come into play in the next sub-game. Turn the right mortal into a vampire at the start of the game, and it might benefit you for many encounters to come. Make a mistake early on, and you may be playing catchup.

The game is pretty much done and in Spanish, Portuguese, Italian, French, German and, oh, English. Nice Game Publishing does note they do still need to stick to the White Wolf rules and so I imagine there may be some final proofs still to prove.

Vampire: the Masquerade – Heritage funds in an hour 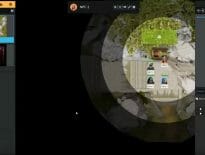 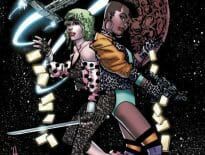