The Doctor Who: The Thirteenth Doctor volume 1 comic book is due out in the UK next month (May 7th), published by Titan Comics.

Fittingly, there’s a great wealth of female talent that’s contributed to the piece. Written by Jody Houser (Faith, Rogue One: A Star Wars Story) and illustrated by skills like Rachael Stott and Enrica Eren Angiolini, there is a lot to like in the collected 114-pages.

It’s the full cast, The Doctor, Ryan, Yaz, Graham and the Tardis, out in force and in adventure mode as they encounter a rogue time traveller with a sabotaged vortex manipulator. I think this story could fit in anywhere in current Who series, between any of the TV episodes or after.

My one-line summary is this; great story but I’m not sure about some of the weird facial expressions on the Doctor (and it seems only to be the Doctor) that the comic panels freeze on. Is this borrowed from the TV series? I didn’t notice.

While I worry about the gurning, I’ll happily agree that Houser has captured Jodie Whittaker’s energy expertly. This is the Doctor who appears to be optimistic, sometimes naively optimistic, still struggling from the regeneration memory effects and very much a believer in the good of people.

This feels like a proper Doctor Who story. That means it is written for a family audience, your youngsters could read this themselves, or you to them or you can keep the comic book all to yourself and enjoy it in private. Yes, there’s hints of darkness, but they’re underplayed and dealt with quickly.

The Doctor is in her element here, and there’s no struggle or moments you (or the kids) might be very worried.

While The Doctor is at full power, it is the rather hapless baddie that is my favourite. He/it looks like you might find threatening a planet in Dragon Ball.

Okay, this isn’t an anime adaptation of Doctor Who but it’s certainly a colourful one. Expect lots of bright oranges and lights. Those panels with a ghostly blue stand out in contrast to the usual colour palette but are still a brilliant hue.

There are at least two side plots or developments that made me go back and re-read to make sure I hadn’t missed a thing. There’s the classic villain admits too much ending except I missed where the monster confesses anything. It works as an off-camera thing. Then there’s the Army of the Just. They could have been a much bigger and better thing, but they’re resolved with just one panel.

Overall? If you enjoyed the Thirteenth Doctor on TV and like Who comic books then you’ll likely enjoy this. If you’re not convinced by the drama around this particular regeneration, then I’m not sure this particular adventure will win you around.

But, silly faces aside, I enjoyed it. Bring on the next adventure!

My copy of Doctor Who: The Thirteenth Doctor volume 1 was provided for review. 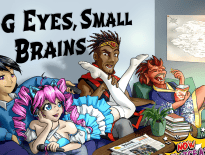 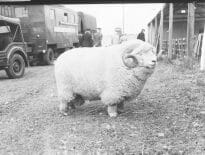