You are here: Home / TV / Doctor Who: 10 theories about Clara Oswald 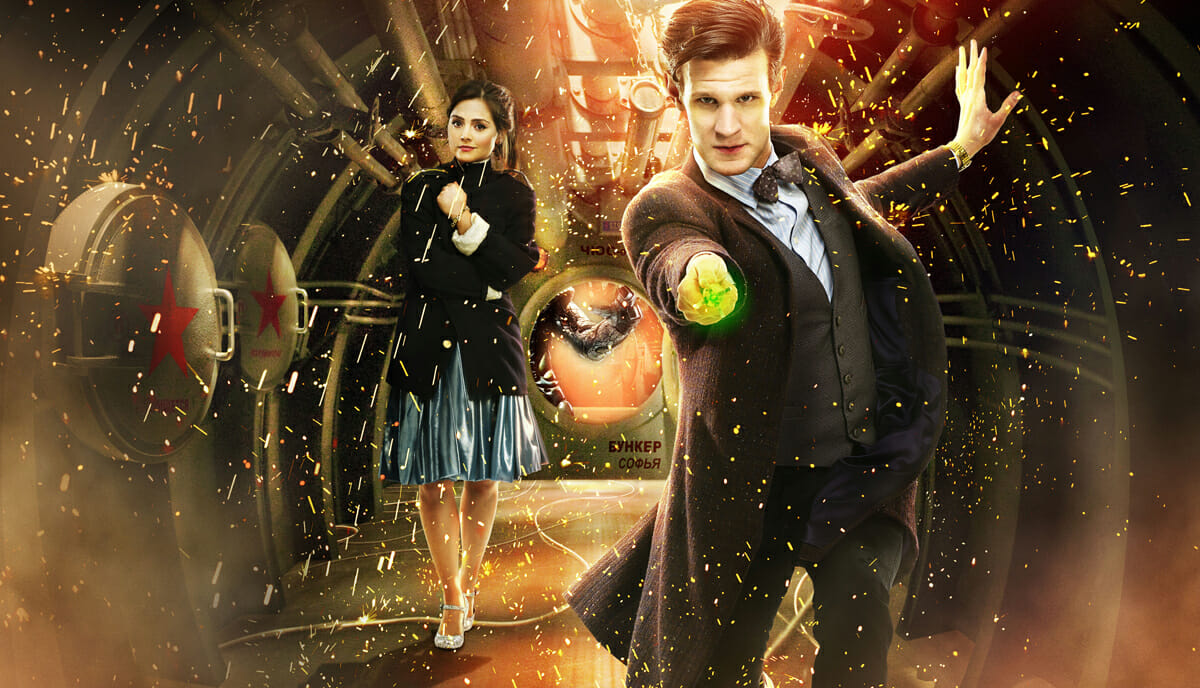 This post discusses Clara Oswald. We think she’ll be the 11th Doctor’s next companion. There are no spoilers in this post, not unless you’ve not yet watched Asylum of the Daleks and The Snowmen, but there is lots of speculation.

Some Clara Oswin Oswald factoids for you;

Think of these Clara Oswald theories as pointers as nothing here is fully fleshed out. The theories are not listed in any order but you can vote for your favourite using the voting widget that accompanies each one. 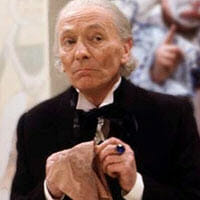 Could the Souffle Girl be a time lord? Some fans would like to see Romana back. Romana was another Time Lord and a Companion. She was incredibly intelligent and this reminds some fans of Clara. Some have suggested that Clara might be a regeneration gone wrong for Romana, perhaps her final one.

Another theory that might allow Clara Oswald to be a Timelord is one that suggests she is a projection through (or because of) the time lock around The Last Great Time War by a timelady that results in humans throughout time and space picking it up and becoming an imprint. In the Web of Fear, The Great Intelligence succeeded in suspending the TARDIS in space causing the Second Doctor to wonder whether the TARDIS’ own time lock had slipped. 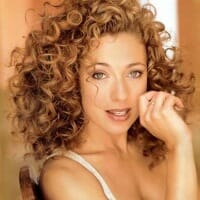 Some fans theorise that Clara Oswald might be River Song.

There may be space in River Song’s timeline to allow this; before River was Amy and Rory’s best friend Mel she was a little girl in New York. We don’t know much of her history before that. 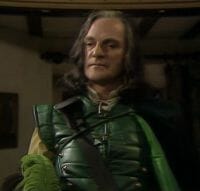 Scaroth is the last of the Jagaorth and he crashed into Earth around about 400 million years BC. His exploding ship caused him to be splintered throughout time. His splinters, aware of one another and able to communicate through telepathy, helped guide mankind’s technology advancement to a point where the twelfth fragment would have the equipment necessary to travel back in time, save the Jagaorth and prevent the explosion.

There are few theories which suggest Clara could also be a Jagaorth but many point out in Scaroth we have someone who appeared as different people throughout time and yet seemed to be one person. Scaroth encountered the Fourth Doctor and Romana in the City of Death. Romana forced to build him a key part of the time field he was using to travel in time. 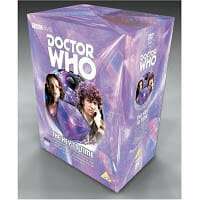 The Key to Time is a powerful artifact that the Doctor once found but then had to hide.

The Doctor was contacted by a mysterious figure called the White Guardian and asked to find the Key to Time. The Key to Time was used to maintain the balance of the universe itself and because of its power had been split into six different parts.

The Fourth Doctor, Lady Romana and K-9 agreed to look for the Key to Time after being told that another figure, the Black Guardian, was also looking for it. The Doctor found all the parts of the Key to Time – the sixth being a female humanoid Princess Astra.

The Black Guardian tries to take the Key of Time from the Doctor by disguising himself as the White Guardian. The Doctor does not fall for the trap, separates the Key of Time again and sends the fragments back out through time and space – except Princess Astra who returns to her old form. In order to escape the Black Guardian, the TARDIS uses a randomiser to make random and unpredictable trips for a period of time.

Could Clara be another fragment of the Key to Time? Could she be Princess Astra being reborn? Would the Black and White Guardians be significant enough characters for the 50th anniversary? 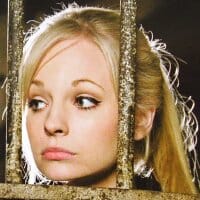 Jenny is created when a Progenation Machine uses some of the Tenth Doctor’s DNA to grow a warrior. The episode, The Doctor’s Daughter, was written by Stephen Greenhorn.

The Doctor does not accept Jenny to begin with, saying; “You’re an echo, that’s all. A Time Lord is so much more. A sum of knowledge, a code, shared history, shared suffering” but later changes his mind.

The Doctor believes that Jenny died in the planet Messaline however the audience saw her experiencing a Time Lord style regeneration. There have been rumours of a possible spin-off series ever since. 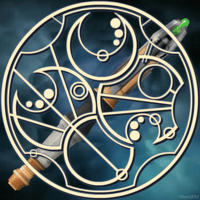 The Faction Paradox is a group of time travellers. They’ve not appeared in any TV episode but in a number of official Doctor Who BBC Books (and a number of less official books).

At least one theory reminds us of the use of Remebrance Tanks. Remembrance Tanks are used by the Faction Paradox to reproduce. They were sterile and used the tanks to “remember” more Faction Paradox into existence. The people remembered could be people who had already lived before and died before or even someone still alive which would result in multiple people. 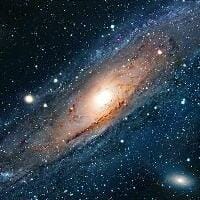 The Doctor has saved the Universe a number of times. In The Snowmen he makes the point of saying that the Universe does not care and as a result he no longer gets involved in other people’s problems.

Could Clara be the Universe’s response? Is she something/someone that the Universe has created in order to keep the Doctor active?

Is Clara some sort of Universal constant?

In The Big Bang (the episode after The Pandorica Opens), written by Steven Moffat, the Doctor not only restarts the Universe with a second big bang but is then remembered back into existence by Amy Pond. Is this a “Remember me” connection?

8: Clara is the TARDIS 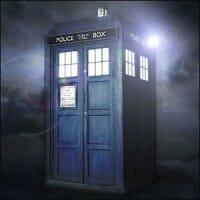 In the episode The Doctor’s Wife, written by Neil Gaiman, the TARDIS is given a humanoid body. Gaiman later indicated that House, the villain, was intended to be The Great Intelligence.

This episode aired a year later than originally planned due to budget issues. Gaiman had to write and re-write the script many times as the number of characters changed according to the needs of the BBC. As a result he had direct, hands on, help from Steven Moffat who wrote some of the lines.

In the episode the TARDIS made it clear she was had picked the Doctor, not the other way around. There’s also this exchange;

The Doctor: Look at us! Talking! wouldn’t it be amazing if we could always talk, even when you’re stuck inside the box?
TARDIS: But you know I’m not constructed that way. I exist across all space and time and you talk and run around and bring home strays! 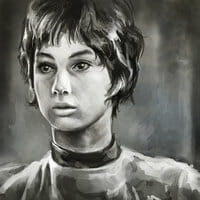 Susan is the very first Companion. The first Doctor refers to her as “granddaughter”. If Susan is a Time Lord then the Time Lord theories at the start of this post could apply to her – is she the Time Lord who is still, somewhat, active in the Universe?

An attraction of the Susan theory is that the 50th Anniversary is coming up and Moffat might be tempted to pick up some of the oldest loose ends in the series. It’s not clear how much a loose end Susan is, though, as the character appeared in The Five Doctors. The Ninth and Tenth Doctor both indicated that they had no family left. In the BBC Books Legacy of the Daleks by John Peel, Susan comes into possession of the Master’s TARDIS. 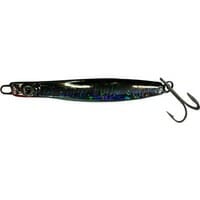 A number of theories suggest that Clara Oswin Oswald has been created just for the Doctor. In some ways this echoes the manipulation around Amy Pond for the sake of the Pandorica.

Could The Great Intelligence be behind implanting a memory into a human woman again and again? Could the Doctor have created a perfect Companion (akin to the Dream Lord but the other side of the coin)? Is Clara the creation of the TARDIS wanting to get off the cloud where she had been parked and continue their travels of time and space.

Doctor Who: 10 theories about Clara Oswald

Books The Company of the Dead review

Tabletop & RPGs From the inkwell: The World through Roman eyes
💰 Copper Coins 💰 Geek Native is an affiliate and may earn commission on purchases you make from third-party sites.
🍪 Privacy & Cookies 🍪 The site uses cookies to survive. By accessing the site, you agree to use your browser to control cookie use or take 1d4-3 privacy damage (tracking). If you defeat cookies via ad blocking, please consider the Patreon. An intro to cookies, and how to control them, can be found here. I Manage Cookies