You are here: Home / TV / Moffat does not use the Daleks as a prejudice weapon against the disabled 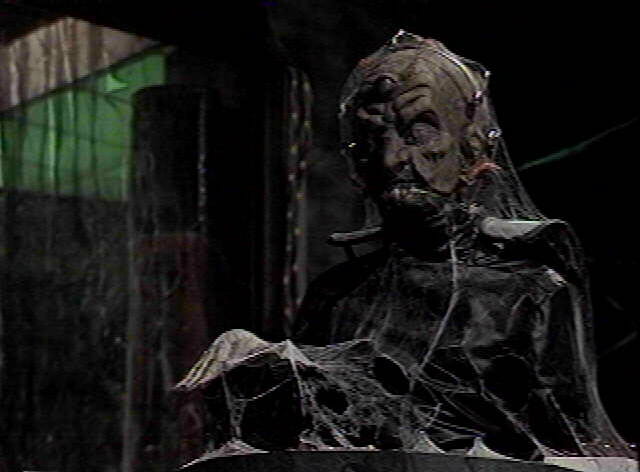 This post is a response and rebuttal to Alyson Macdonald’s heartfelt and well-intended Daleks and Disableism: Steven Moffat on Mental Illness. The episode being discussed is Asylum of the Daleks, which was the first episode in the new season 7.

My summary; the Daleks are not a metaphor that suggests disabled people are evil or wrong.

I’ll take each paragraph of the original article in turn, quote it and then respond.

With the start of a new series of Doctor Who comes the inevitable unpicking of writer and producer Steven Moffat’s perceived attitudes and prejudices. Other feminist bloggers will no doubt have plenty to say on fetish boots, throwaway comments about bisexuality, and the extent to which Amy Pond’s behaviour is dictated by her reproductive system, so I’m going to put the gender analysis to one side briefly to talk about the other problematic aspect of Asylum of the Daleks: how it deals with mental illness.

It’s hard to classify Doctor Who has anti-feminist. The recent female companions have been incredibly strong characters. The show is a Sci-Fi series, though, so expect some visual consistency – like boots, lasers, explosions and monsters. As for throwaway comments about bisexuality – I don’t think so. At the risk of spoilers, there were elements of Oswin’s dialogue designed to quickly identify her as a candidate for “one of us”.

Although the Doctor Who team showed that they could approach mental illness in a sensitive and constructive way in the 2010 episode Vincent and The Doctor, the programme’s track record on disability issues isn’t great, and disabled characters seem to be disproportionately represented amongst the villains. Davros, the creator of the Daleks (who has appeared regularly since the 1970s), is visibly disabled, and uses an electric wheelchair and artificial eye which give him the appearance of a prototype Dalek. Sinister adaptive technology is also found in the 2006 episode The Rise of the Cybermen, where the Cybermen are created from technology that was built to prolong the life of terminally ill John Lumic. In recent years we’ve also seen a version of The Doctor’s Time Lord nemesis The Master who is driven to evil acts by the drumming that he constantly hears in his head.

The Daleks are an old foe for the Doctor – clearly not an invention of Moffat. Going back to the original Dalek appearance it is clear that any morale to their story is that there is a risk in meddling with DNA rather than allowing natural evolution to take its place.

The Daleks are not disabled. They’ve evolved to be the Universe’s ultimate warrior race. They’re powerful. It’s certainly within the Daleks power to redesign their shells so that they used legs, arms or anything else they want – the Dalek shell certainly has evolved over time.

A common theme of Doctor Who is what happens when technology goes wrong – even if used for good intentions. This does not mean that the story writers are trying some clever code to dismiss the goodness for the original intentions.

I disagree with the concept that a disabled characters seem to be disproportionately represented amongst the villains. The sci-fi show often uses monsters as among the villains. In the case of the Daleks and the Cybermen the monstrous race are evil, in part, because of the way they reject individualism.

The Master is not evil because of the drumming he hears. The Master unravelled as a result of staring into Untempered Schism on Gallifrey.

Throughout Asylum of the Daleks, Moffat seems rely on stereotypes about mental illness, and shows a lack of tact in discussing the subject. Within the first few minutes, The Doctor has described the asylum planet as “… a dumping ground. A planet where you lock up all the Daleks that go wrong…”, and its inhabitants as “a tsunami of insane Daleks”. This kind of language is usually considered inappropriate and offensive when discussing mental health, but here it’s used without challenge in one of the BBC’s most popular programmes, and for many viewers, it will reinforce the idea that this attitude is acceptable. If the episode can draw flippant comments about “demented Daleks” from a TV critic at the normally right-on Guardian, then we can probably assume that plenty of other people will have got the impression that it’s okay to use these terms too.

The Doctor did use the phrase “… a dumping ground. A planet where you lock up all the Daleks that go wrong…”, but he was very clearly being critical of the Daleks for taking that approach. In this scene he was working out the approach the Daleks had taken, what they were worried about and he was horrified by it.

The Daleks’ attitude towards the asylum planet also reinforces the idea that mental illness is something to be feared. The Daleks are terrified of the asylum, and they’re Daleks – permanently angry, genocidal bastards. They’re so afraid of what they see as a serious threat to Dalek-kind that they ask their mortal enemy The Doctor to “save the Daleks”, and he’s worried enough to go along with the plan. The implication is that since Daleks are scary, and mental illness is scary, then mentally ill Daleks must be really, really scary.

I don’t think you could argue the Doctor “went along with the plan” for very long in the face of two facts; 1) he and the companions were kidnapped and then 2) fired at the planet.

The Daleks are supposed to be scary. The big script hook of this episode is that the Daleks, themselves, are scared of something – but the Doctor and his companions, especially Amy, were not. It’s all part of how the Asylum of the Daleks is a critical reflection on how the intolerant Daleks think.

However the reality of the asylum planet isn’t as terrifying as we’ve been led to believe, and rather than being violent, the Asylum Daleks are almost comically easy to defeat. The only noticeable difference between the “normal” Daleks and the “insane” ones is that those in the asylum are slower, easily outwitted, and not very good at exterminating things. Moffat doesn’t really explain what it is about these Daleks that makes them “insane”, which leaves it open to misinterpretation. Is it their anger and tendency towards violence – which, although abnormal to us, would be normal for a Dalek – or the fact that they’re generally a bit rubbish at killing? Either explanation would reinforce a negative stereotype, but even worse is the idea that it’s the mechanical faults which some of the Daleks appear to have (even though the mechanical parts are just a piece of technology used as armour and transport, and not the Dalek itself), because that would implies that other forms of disability can be equated with insanity. For the record, I don’t think this wasn’t Moffat’s intention, but it’s plausible that some viewers might have interpreted it like that, particularly if it reinforces their existing beliefs.

The Daleks in the Asylum / prison were in a state of disrepair. The two reasons for this, highlighted by the plot, was that Oswin had been terrorising not only the Daleks and that the Daleks had not been able to administer to the facility. We’ve seen a Dalek in this state before – in season 1, episode 6 when the Ninth Doctor found a derelict Dalek in the museum of Henry van Statten. It recharged when it was able to absorb energy when Rose touched it.

There were Daleks in the Asylum that were in a state of disrepair but also others that even the Doctor could not defeat. At one point he was pressed up against the door – and it took Oswin to save him, brave and very capable Oswin.

With Oswin in mind; there is no way one can really use Asylum of the Daleks to suggest that Daleks with individuality are essentially incapable and weaker Daleks.

There’s always going to be at least one smart-arse who thinks I’m wasting my time analysing the semiotics of a sci-fi series because it’s just a story – but there’s no such thing as “just a story”. Fiction, and in particular, science fiction, has often used to explore difficult issues because it’s more comfortable than addressing them in a realistic setting. Mary Shelley’s Frankenstein (often considered to be the first science fiction novel) isn’t really a story about a man who builds a monster in a lab, but a discussion of how to define humanity. Fiction can also give us insights into the society that created it, and at a time when disabled people are under attack from the government and the media, and are increasingly victims of hate-crime in their own communities, it’s difficult to see this as just a story about a hero going off to fight some baddies.

Doctor Who is a story, it’s a sci-fi story and therefore told within the context of a sci-fi story. It’s a story about the Doctor and the good people he meets, fighting for good causes, fighting against those who would restrict personal freedom, or exterminate those different to themselves. It is a story of why the world is better if we treat each other as equals and help out.

The sci-fi story uses some common themes. Villains are often space aliens! A surprising amount of the action takes place on Earth and/or with human companions.

If you want to read any political commentary into Asylum of the Daleks then why not talk about how bad an idea it is to isolate people just because they are different from the perceived normal or why facilities without sufficient funding, care and attention, will simply fall into neglect?

The Daleks are supposed to represent the worst aspects of humanity – war, eugenics, genocide: all the awful things that the Daleks have done in Doctor Who, humans did first in the real world – and in this episode, their attitude towards the “insane” Daleks has a direct parallel with current human behaviour. The reason that the Daleks in the asylum have been allowed to live is because the others see their condition as beautiful and inspiring, but they’re sent to the asylum because the others don’t want the inconvenience of dealing with them on a day-to-day basis. Just as some of us might romanticise the “creativity” of mentally ill artists, or praise the “bravery” of paralympians, then insist that the government pays out too much in disability benefits. Perhaps inadvertently, Moffat has given us a painfully honest picture of our society’s attitude towards disability. If fiction holds up a mirror to reality, then in this case, the reflection looking back at us has a glowing blue eyestalk.

The episode involved those Daleks that the other, evil, Daleks locked away because they were different. Moffat, perhaps inadvertently, has shown why a hands off, exclusion, policy is not likely to work. It is not possible to use the views of the Daleks as a mirror for the views of the real life public. If one was looking for a mirror; better turn to reactions of Amy and Rory in this episode instead. 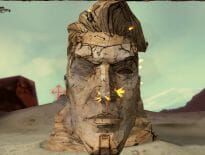