You are here: Home / Games / Tabletop & RPGs / From the inkwell: The World through Roman eyes

From the inkwell is a series in which RPG authors get to talk directly about their own games, sharing their thoughts and discussing the creation process. In this article Brendan Davis, President of Bedrock Games, discusses Servants of Gaius.

Bedrock Games products are available through Studio 2 Publishing (print) and Avalon Games (PDF); the latter of who describe the publisher as a maker of “… gritty and intense games designed to play fast so you can focus on the role play.”

The World through Roman eyes

When we designed Servants of Gaius, our alternate history Roman RPG set in the Early Empire, one of our design goals was to create the setting through eyes of the Romans. That is, we embraced their assumptions about the world and committed to the effort from beginning to end. I think the end result was not a just a vaguely familiar historical setting, but something much more exotic and immersive. 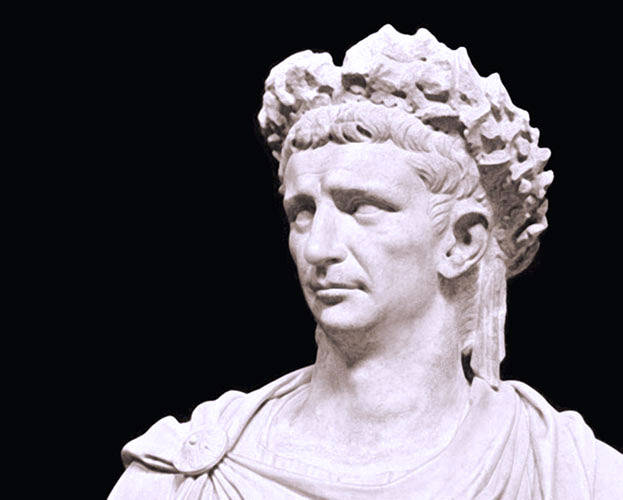 I have pointed to the TV Miniseries I, Claudius on many occasions as a key source of inspiration for Servants of Gaius.

One of the things they did very well, and something I found striking about the show when I first watched it, is they hinted that the Roman way of seeing reality was, at least to a certain degree, true. Early in the program Claudius visits the Sybil of Cumae and she utters a prophetic verse which proves to be true. At another point, we see Claudius as a Child receive an Omen when a bloodied wolf falls from the sky landing in his arms and the audience is told this is a sign that he will one day protect a trembling and weakened Rome.

This was powerful to me, because in so many movies or television shows set in Rome, the writers take a cynical point of view that is almost mocking. What I, Claudius demonstrated is how deeply you can be drawn into the drama if you surrender to the Romans own assumptions (at least for a bit of time).

The World of Rome 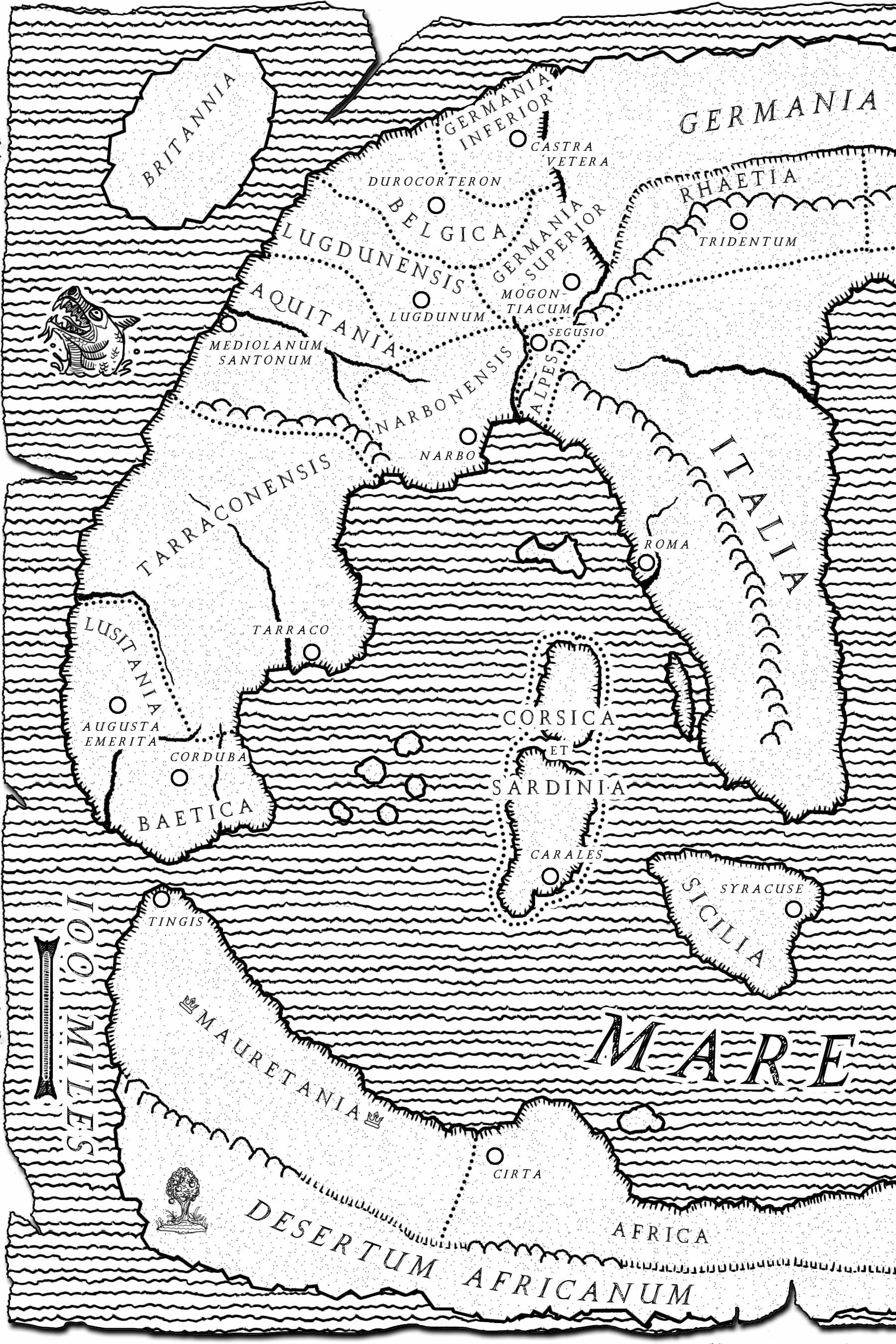 I worked closely with our cartographer, Michael Prescott, to create a map that reflected how the Romans might have seen the world and not how we know it to be.

We based our maps on the writings of Pomponius Mela, a roman geography. We also relied on later maps which were modeled on his De situ orbis (A Description of the World). As you can see by looking at the western portion of Michael’s map, this produces a very different impression than we are accustomed to. This effects the play of the game and gives the GM a bit more liberty in describing things.

It is also interesting to compare Michael’s an antique map based on Mela’s descriptions: 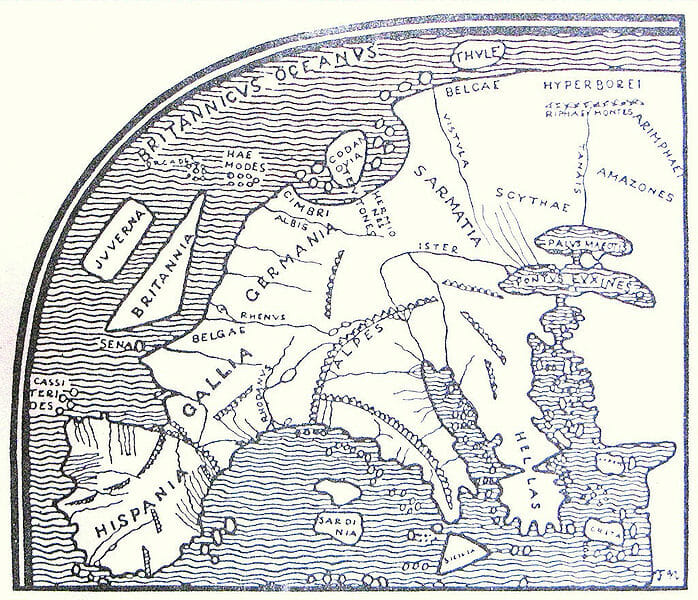 The Gods of Rome 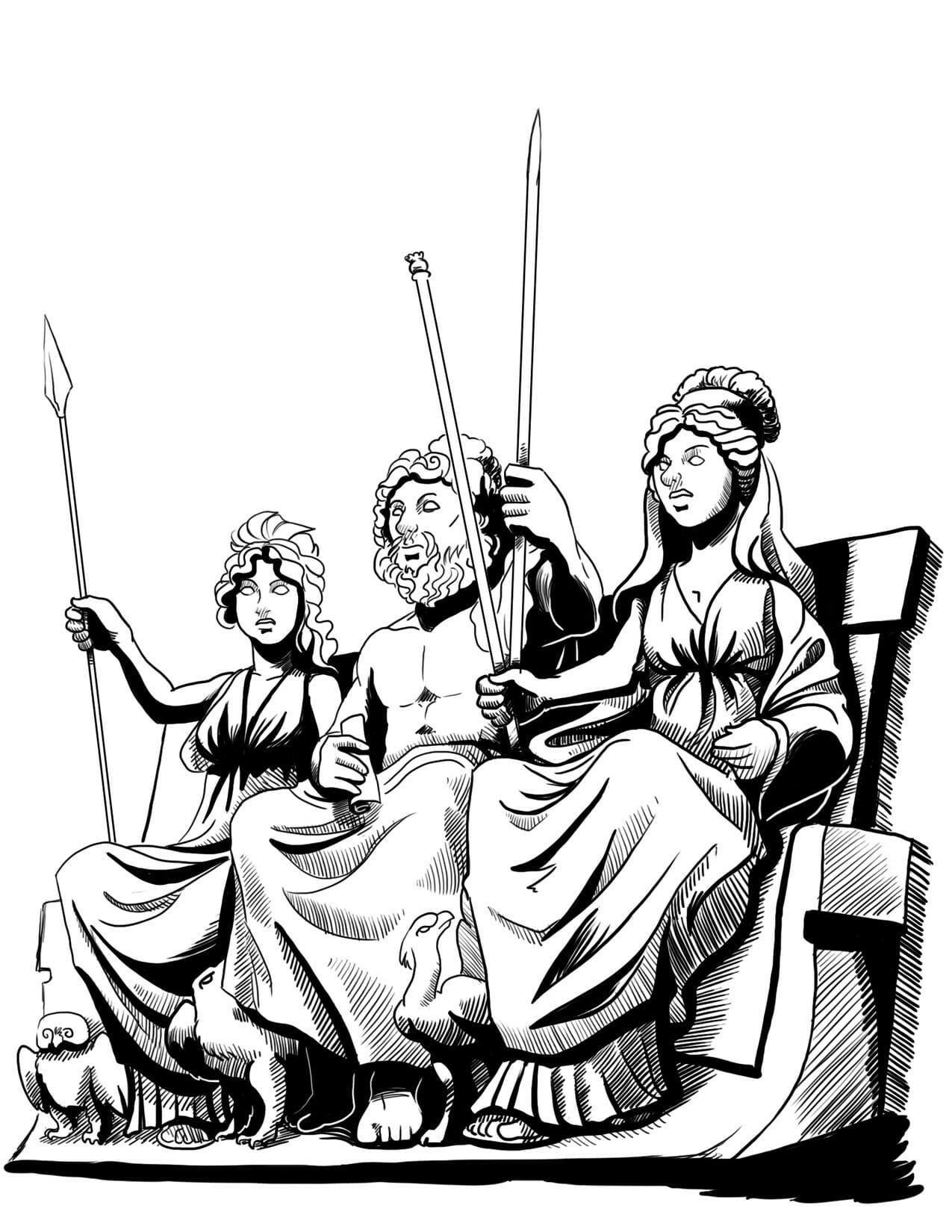 One important part of presenting the setting through Roman Eyes, was taking the gods seriously. We treated them as real. They interact with mankind and have realized personalities. To make them more life-like, we took liberties assigning them motives and desires.

The major gods each have a descriptive entry, followed by a sample power.

Though they are not as important to making the setting work, we also included entries on important Roman monsters in case the GM wants to use them.

It wasn’t enough just to say the Romans were right about things and leave it at that.

We had to build in mechanical support for these ideas in the game itself. So we included a skill for Divination for example, which allows you to perform Haruspicy (reading of animal entrails) to gauge the will of the gods or predict a person’s future (or see into their past) by composing charts based on the alignment of the stars.

We even went a step further and broke every NPC entry into Past, Future and Present sections, which fits nicely with this mechanic, making it for the GM to provide the player with insight on a successful Divination roll. 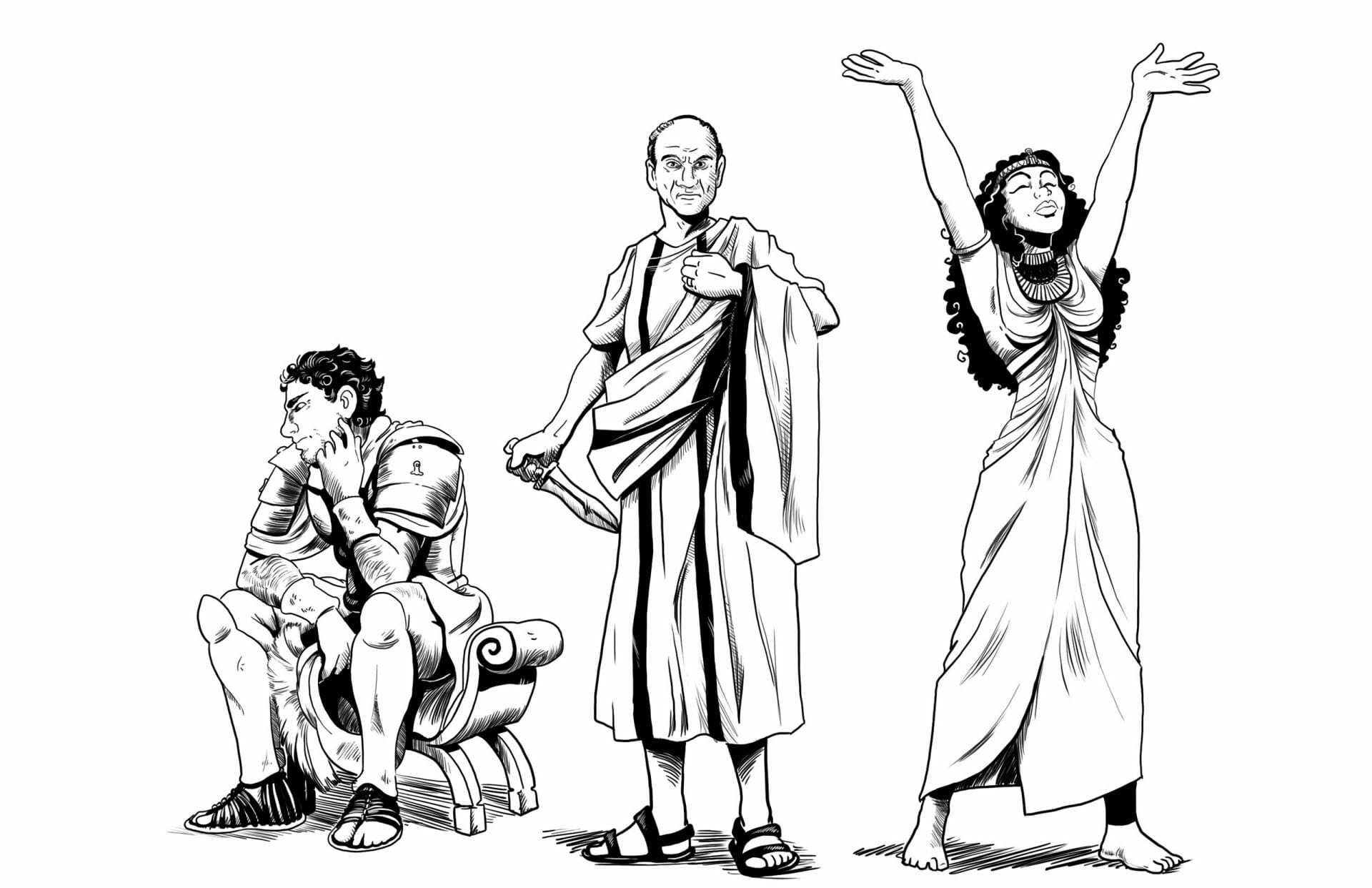 The God-Emperor of Rome

At the heart of the game is this conceit: Caligula isn’t mad, but is truly a god and Romans are living at the dawn of a new age. However, the emperor isn’t without his foes, and Neptune wages a merciless war on all of Rome. This is the central conflict of the game and the driver of adventures.

Servants of Gaius is primarily a game of investigation. Other types of adventures are possible, but we assume most player characters will be hunting to for clues to solve mysteries or save the day.

A fun investigative adventure demands a detailed setting the PCs can interact with. While Servants of Gaius is only 117 pages, we crammed it will heavily researched information on Roman society.

I am most proud of our extensive descriptive listing of titles and offices in the character creation section. This provides the GM with the ground level minutiae he needs to tell the players who they meet when they stroll into the Praetorian camp in search of evidence or people to interview for example. This stuff is important in an investigative adventure because so much of it revolves around interacting with different characters (it also helps the players come up with concepts and background for their PCs). Another portion of the book I am quite fond of, is the Caligula’s Rome chapter, which provides an overview of the Roman World in 38 AD. It covers everything, again in very tight quarters given the page count, from government to entertainment.

Importantly it has a chart of all the provinces with their governors listed along with other vital information (in some instances we had to invent names for governors when none were available to us). We also describe a few key provinces and regions toward the end.

A bit of imagination 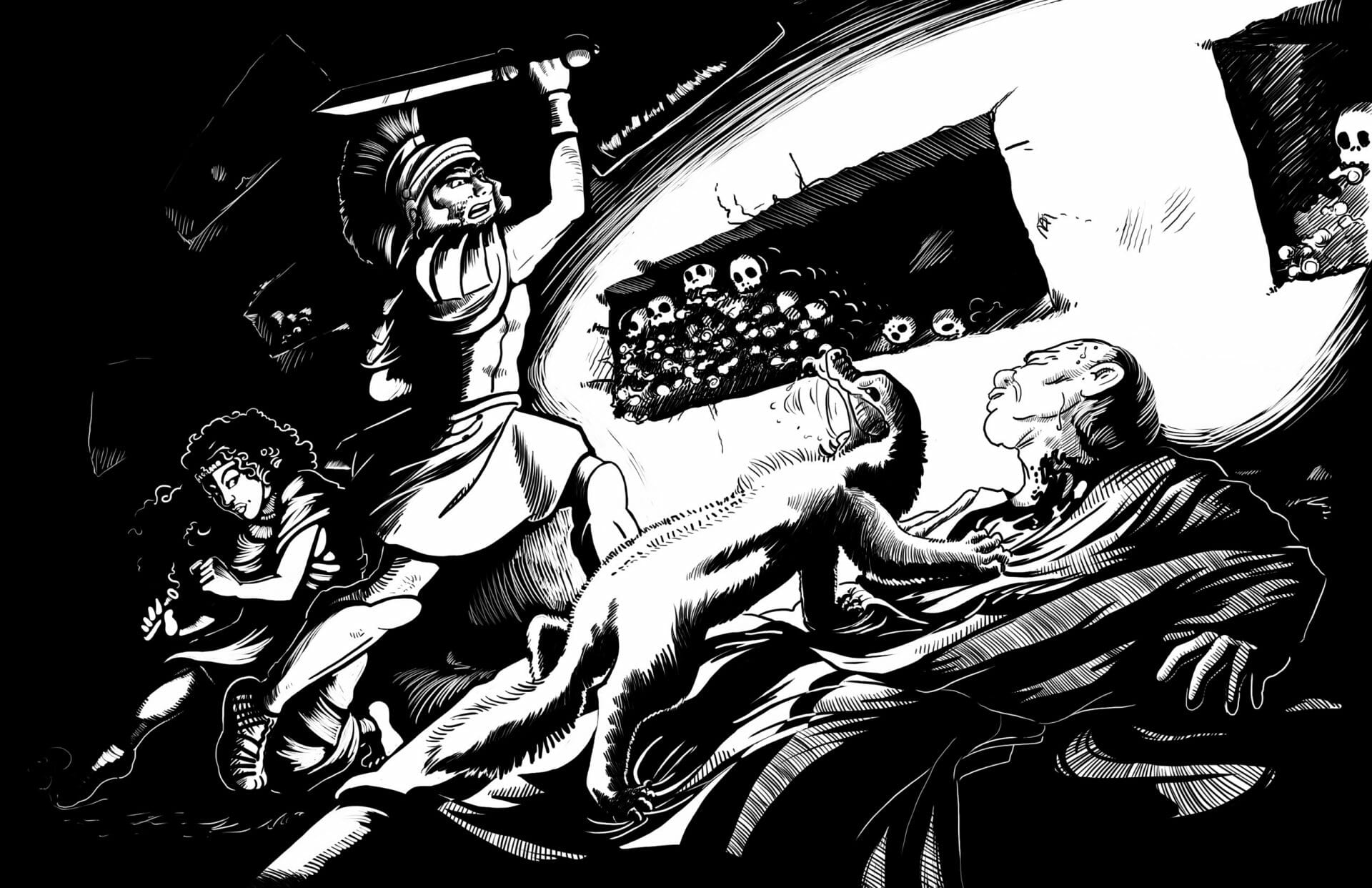 While we took great pains to research the setting and present it as we think the Romans may have seen things, we also understood that ultimately this is your game and a big part of making it work would be to maintain a bit of mystery. So we leave the big picture details up to the GM to decide.

The default assumption of the game is that Caligula is a god and at war with Neptune, but we tell the GM to change this if he desires, offering a number of alternative explanations. So the players never really know what they are going to get when they sit down for a session of Servants of Gaius.

From the inkwell: The World through Roman eyes 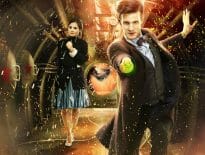 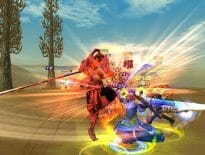