You are here: Home / TV / Is Oswin Oswald really the Doctor’s next Companion? 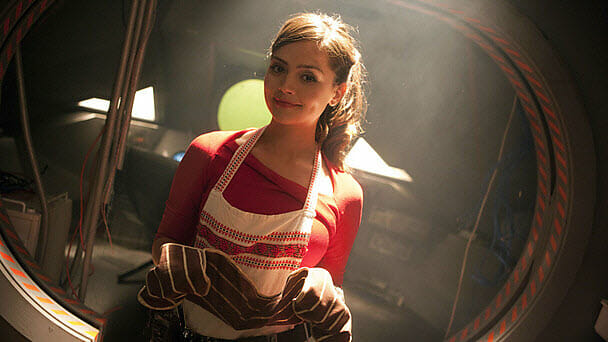 This article discusses the Christmas Special for Doctor Who. It is speculation and invites debate in the comments section below.

There may also be SPOILERS depending on how up to date you are with the show. If you’ve not seen Asylum of the Daleks (episode 1, series 7) then you may wish to skip this discussion for now.

We’ve been told that actress Jenna-Louise Coleman (JLC) will be playing the Doctor’s next Companion. It’s possible that this is a piece of misdirection and the Companion will actually be played by someone else. I think this is unlikely though. The BBC are investing in JLC.

We also know that Coleman played a computer genius called Oswin Oswald in Asylum of the Daleks.

The catch? Oswin showed no signs of recognising the Doctor and apparently died.

We’re debating whether the Doctor can save Oswin.

What if that’s not the right debate? What if some other character played by Jenna-Louise Coleman becomes the next Companion?

This feels like an outside bet but given the difficulties Steven Moffat and his team face writing Oswin Oswald into play in a satisfactory way it is worth a look.

There’s a history of Companion actresses appearing on Doctor Who as one character before landing the bigger role. 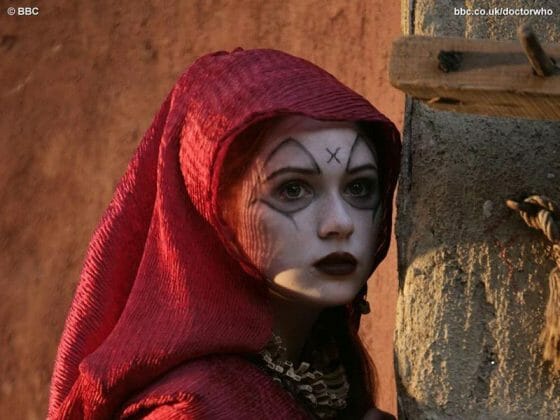 Karen Gillan was a soothsayer in The Fires of Pompeii before playing Amy Pond. Freema Agyeman was a Torchwood agent in Army of Ghosts before playing Martha Jones. Speaking of Torchwood, Eve Myles played a maid in The Unquiet Dead alongside the Ninth Doctor before playing Gwen.

I don’t think Oswin and JLC fit this pattern though. Oswin wasn’t an extra. Oswin Oswald was a key part of the plot; although perhaps only just a little bit more than Eve as the Gwyneth the maid (yes; Gwyneth became Gwen!) 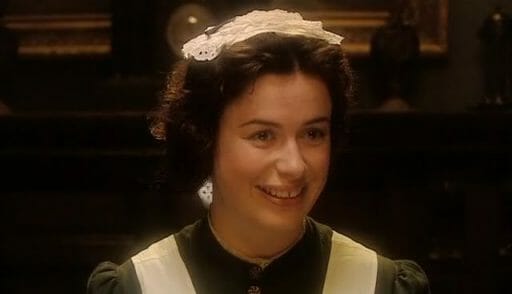 In fact, Oswin was almost sold to us. There is one scene, while Amy and the Doctor are trying to escape the crashed ship in which Oswin earns a nod of approval from Amy. It was the chin boy banter, the closest the two came to meeting and Pond liked what she heard. Surely that’s an indication that we’re supposed to like Oswin?

SFX have four paragraphs from Moffat. Here’s the second;

“What does Jenna bring to it? It’s surprising just how much the show changes with a new co-star. The Doctor is quite different with her, and the way you watch them is quite different. You watched the Eleventh Doctor and Amy arrive together. It’s like they grew up in the same sandpit, playing. They felt not quite like equals – the Doctor never feels like an equal to his companion – but you knew them equally well and they were equally important to each other. They formed around each other. And one of the interesting things about writing the Doctor is that he’s so responsive to the people around him. It’s almost like left on his own his personality would slowly disintegrate. He becomes what people want him to be, a little bit. So he’s Amy’s Raggedy Doctor.”

What struck me is that he never refers (anywhere in this article) to Oswin being the new companion. He walks about Jenna. Later on, we do get a mention of Amy.

Equally, in the BBC’s official Moffat and Coleman discuss Asylum of the Daleks page there’s no mention of Oswin. It’s Jenna-Louise Coleman who made her debut. There’s also a thank you (which is nice) to blogs like Geek Native that kept the secret she would star at all but even that’s interesting. They say;

“Boo! Hello! Hope we gave you a good surprise! Thanks to all the fans who kept it quiet and made it so! More to come… watch this space!”

Needless to say, Oswin does not yet feature on the BBC’s characters from series 7 although River Song does.

It may be just a change of style but when Karen was introduced as Amy we had Amy Pond galleries but for this introduction of Oswald we have Jenna-Louise Coleman galleries.

We’ve had some interesting theories already on Geek Native, rt45 reminded us of the “Skin” and how possible to build bodies. That would mean a different Oswin Oswald would be the companion and Scimon also suggested the possibility of multiple Oswins.

Me? I think Oswin Oswald will be the next Companion. The same Oswin. I’m just not sure on the necessary twist yet.

What do you think? Do you think JLC will return as the Doctor’s Companion and will she return as Oswin Oswald?

I think what we’re looking at when it comes to JLC as the new companion is the same thing they did with Eve Myles. Her character of Gwen on Torchwood is supposed to be a descendant of the Gwyneth character from The Unquiet Dead. JLC had been listed simply as “Clara” on IMDB for the Christmas Episode but now they’re listing her as “Clara Oswin” for the remaining episodes. My guess then is that Clara Oswin will be an ancestor of some kind to Oswin Oswald.

I think that’s a solid theory. The thing you have to watch with the IMDB is that any member of the public can write to it. I wouldn’t trust it too much.

Do you think the Gwyneth had such a big part in The Unquiet Dead as Clara did? Or that it matters that Gwen came back in a spin off rather than the main show?

When it comes to IMDB I thought the site itself did the editing when it comes to cast lists and characters and that the public was able to edit just the synopsis and plot for any given tv show or film. When it comes to character impact I think Oswin/Clara had a much bigger impact on the Doctor then Gwyneth did. Or for that matter any of his Companions, past or present as he found an equal in Oswin he’s never found in anyone else except for maybe the Master. Gwyneth I think was just a means to an end,… Read more »

I don’t have any opinions at all about the new companion, but do remember that Lalla Ward played a character with a key part (er, pun not intended) in one show before becoming a companion. For her it was even simply in the next season when she took up the companion role. Not much time elapsed at all.

his new companion will be the same person, but the catch is his new companion is a dalek . the ultimate doctor who twist companion. the doctor ironically travels through time and space with what should be his worst enemy. But as actually really nice.

Ohhh. Hey. I like that. I really like that. Cause we aren’t looking for a romance anymore cause he’s got River Song. Very interesting.

What if Oswin had a twin sister? Just a thought….

What if Oswin had a twin sister? Oh the story lines I can come up with using that!

Would they both like soufflés and say the same thing (Run, pretty boy…) ? I think that would be a little strange.

Is Oswin Oswald really the Doctor’s next Companion?

TV Doctor Who: The hidden Dinosaurs on a Spaceship wa…