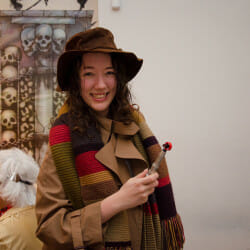 There are changes coming to Doctor Who. Steven Moffat has stepped down and Chris Chibnall will be the new showrunner when, in 2017, the series returns. Moffat’s made it possible for the Doctor to regenerate as a woman. First we were told it genders could change during a regeneration and then we met Missy. The […] 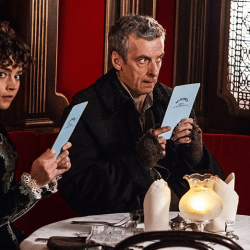 This post relates to a multi-series plot mystery in Doctor Who. It started in the last series in the episode called The Bells of St John. This was the episode in which the Doctor met Clara, again. If you’ve not seen Deep Breath, the first episode of Doctor Who season 8, then this post might […] 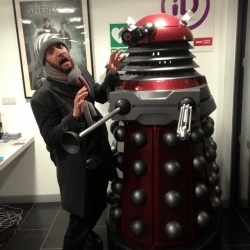 The BBC have announced this morning that Samuel Anderson is joining Doctor Who. He’ll play a character called Danny Pink who works at Coal Hill School. Fans should know Coal Hill School for two reasons. Last year it was shown that Clara Oswald works there. In the very first episode of Doctor Who the teachers […] 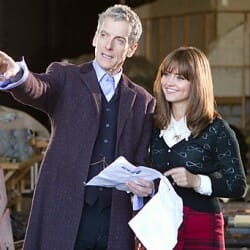 The BBC have released a picture of Peter Capaldi and Jenna Coleman filming Doctor Who. Capaldi said; New job, first day, slightly nervous. Just like the Doctor, I’m emerging from the TARDIS into a whole other world Look like a new costume to you? The caption released with the image says; “Peter Capaldi, on set […] 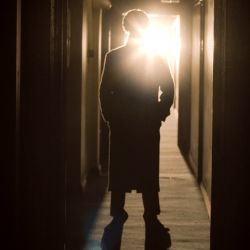 The BBC have released a short Sherlock mini-episode to get us in the mood. It’s not Doctor Who short but Moffat fans will recognise a certain timey-wimey scene with a TV set. 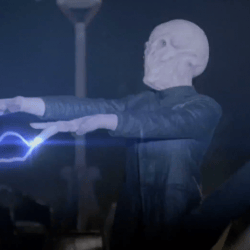 The BBC America trailer for the Christmas 2013 trailer for “The Time of the Doctor” puts the writing on the wall. Like the Pandorica the events at Trenzalore are there to trap the Doctor. Can the future be changed? The clip shows Silence doing something other than being spooky, shooting lightening out of their dodgy […] 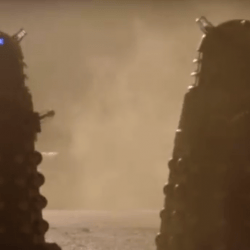 Have you asked yourself What is Trenzalore? You’re not alone and many more will soon be asking the the same. Check out the first trailer for the 2013 Doctor Who Christmas trailer. Trenazlore is where the Doctor dies. Myth? Perhaps – but in the Name of the Doctor we do seem to see the Doctor’s […] 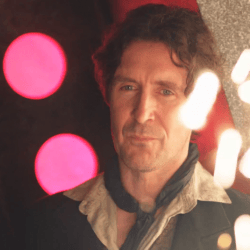 The War Doctor and the Sisterhood of Karn The secrets around John Hurt’s character in Doctor Who are peeling away. If your location allows this link takes you to The Night of the Doctor a mini episode of Doctor Who that appeared on the BBC’s iPlayer today. Alternatively, there’s this official YouTube SPOILERS The Eighth […] 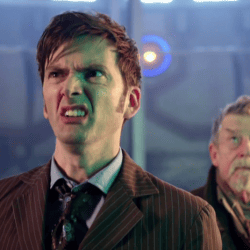 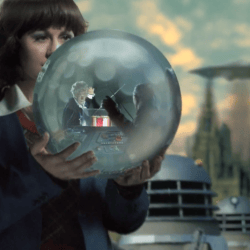 Here it is – the official trailer for the 50 Years anniversary special; The Day of the Doctor. It features many of the Doctors (all? it’s hard to say these days) as the 11th, Matt Smith, narrates. For over 900 years he’s been fighting for peace during a time of war. It all boils down […]