You are here: Home / GameWyrd / Echoes from the Wyrd / RPG Preview: Forged

To Iandra, Lyrien was little more than a shadow in the near-darkness of the muggy tent, but she didn’t need to see his face—nothing more than a silhouette—looming over her own to lose herself in his presence. His breath smelled faintly of spiced cider, and of the morsels of chocolate she had hand-fed him earlier. He leaned in, his short dark hair and the stubble of his unshaven face faintly backlit in the predawn glow, and they shared a kiss. She grabbed at the back of his head, holding him there, wanting that kiss to exist forever.

It was what the queen needed right then, to let herself be consumed in the moment, the now, forgetting about the world beyond the inside of her tent. Instead, she concentrated on every tiny part of Lyrien, feeling the individual whiskers nudge against her face as he continued that kiss, knowing that he held it because she so desperately wanted him to. She closed her eyes and sank deeper into the embrace, sighed softly as he entwined his fingers with her own, pressing her hands down into the cushions on either side of her head and raising himself up again.

Iandra half-opened her eyes and stared up at that face she could barely see, the face of the captain of her guardsmen, her champion. She felt safe with him there, con-vinced that nothing outside those tent walls could get in, not so long as she alone could have his fierce, unwavering resolve to protect her. Merely summoning him to her bed could do that, could make everything right. She believed because he believed it.

So while the world outside was made to wait, Iandra tried to pull a hand free to draw Lyrien down to her again, and he wouldn’t let her. She broke into a faint smile because she could sense that he was going to start teasing her then. She could feel him holding her hands down and not letting her go, could feel him shift, could feel him stir against her leg, and she knew that he would pause, waiting for her to try to wriggle beneath him to get closer, to force the issue. She giggled softly and opened her mouth, only her head rising up, working against his weight on her hands, trying to reach up and kiss him again, tease him right back.

Iandra ignored his words, drinking him in, the spiced cider and the chocolate blending with his own musky scent, which lingered in the still, heavy air. “No,” she whispered, shaking her head and trying again to lean upward to kiss him. “Not yet,” she said, imploring her captain to keep the world out for just a little while longer. But Lyrien held himself still, listening, as his warm flesh pressed against her naked body where they were tangled together in the thin, damp sheets. The queen felt him nudging insistently against the inside of her thigh and wanted to pull him down to her, feel his mouth close over hers, run her hands through that short, coarse hair and across the scruffy stubble, but she knew not to disturb him. When her captain of the guard acted that way, she knew to trust his instincts. Iandra tried to still her own breathing, rapid with her need, to listen along with him.

A shout, a startled cry of anger, arose from somewhere outside, in the camp. Then Iandra heard the ring of steel on steel, faint, in the distance. The roar of a musket startled birds sleeping in the cattails on the shore of the swamp near the tent. They departed with a cacophony of honks and splashes. In the still, sultry air inside her pavilion, the sounds seemed to come from all around.

Lyrien was off her in an instant, scrambling on hands and knees toward the opening of the tent across the carpet that served as the floor. Iandra watched as he yanked aside the tent flap and darted outside, letting the glow of the early morning intrude into their sanctuary. Her heart was thumping in her chest, but it was no longer arousal that boiled her blood.

Lord De’Valen, she realized. She shifted to her knees and then stood, kicking away the damp cushions at her feet. How did he find us? Damn him!

Iandra stalked toward the tent opening. She reached the doorway and poked her head out. The air was slightly cooler outside, though it was no less damp. Lyrien had not gone far. He was crouched near the roots of a massive cypress tree, peering into the distance, a flintlock pistol in his hand. The pink light of dawn revealed the scar where a musket ball had skimmed the back of his shoulder, and she caught herself thinking of the countless times she had gently traced it with her fingers as he brooded after their lovemaking, his back to her. The glow also revealed the sad collection of tents belonging to what remained of her army, Ilnamar’s army, though they were smothered by the heavy mist that cloaked the edge of the swamp, making them seem insubstantial, like the ghost of some long forgotten battlefield.

A commotion was pouring through the camp, soldiers wearing the black and red of Lord De’Valen’s banner sweeping between the tents. A few of Iandra’s own men stumbled forth, fumbling for weapons to defend them-selves, but the surprise was complete. The black-and-red clad mercenaries serving the usurper put down anyone who confronted them, all the while making a line for her tent.

This wasn’t just surprise, Iandra realized. It was betrayal. Even then she could see some of her own soldiers, men supposed to be on watch, working with De’Valen’s thugs rather than against them.

“It’s over,” Iandra said softly, feeling bleakness wash over her.

“Not yet,” was all Lyrien said, spinning back to her, heedless of his nakedness.

The queen ground her teeth to keep herself from trembling at the thought of Lord De’Valen, still chasing her despite already claiming and overrunning her kingdom. He would not be content until he had claimed her as well, it seemed. Only Lyrien seemed convinced that it was not a foregone conclusion.

“Into the swamp,” the captain said, grabbing Iandra by the arm. “We’ll hide there.”

Iandra resisted for a heartbeat, knowing it was futile and wanting only to show some dignity in defeat. She was afraid, truly afraid, for the first time in a long while. Lyrien tried to steer his lover around the side of the tent and toward the back, but still Iandra held her ground. “Wait!” she said, half-indignant, half-terrified. She tried to dart inside. “Not like this! My clothes!”

Lyrien yanked her back out and to him and gestured into the cattails with his other hand, the one that held the flintlock pistol. “There’s no time!” he hissed. “Run now!” And he pushed her ahead of him. She gave one quick glance back at her captain and stumbled deeper into the swamp, feeling rather than seeing him behind her.

Back in the camp, the shouts and sounds of fighting grew louder. Despite her overwhelming trepidation, Iandra was surprised that there was not more gunfire. She stumbled into the shallow water on the shore of the swamp, splashing and startling more birds, mostly loons but also a single great black bird. The creature went aloft awkwardly, screeching in irritation at her intrusion, and perched upon the blackened stump of a long-dead cypress not far away. It preened itself as it watched her, its head cocked sideways.

“That way,” Lyrien said as he caught up to Iandra, gesturing with the flintlock toward a spit of land ahead and to their left. “Follow the path.” Then he nudged her forward.

Cattails and vines slapped and scratched at Iandra’s naked skin as she picked her way through the growth, crouching low in an attempt to stay hidden from the pursuit. She found the path Lyrien indicated, really nothing more than a game trail, and turned down it, pushing deeper into the moss-draped cypress trees, putting distance between herself and the shattered remains of her troops.

Iandra couldn’t really blame her soldiers for the betrayal, she realized as her bare feet thumped along the muddy path. Deep down, even she had known her resistance had become a lost cause. Only Lyrien had seemed unwilling to admit defeat and had continued to lead her army with some grim, willful determination. The worse things seemed to get, the more driven he had become. Still trying to prove something to his father, she supposed. But the troops had long since lost hope, the queen lamented. They were simple men, and in the end, none of them truly cared who ruled Ilnamar, when it came right down to it. One leader instead of another was better than death for a cause.

The path ahead of her turned, and as the queen rounded the bend, she saw that it split into two directions. “Which way?” she asked as she slowed a step. Three black crows went swooping by, cawing at her as they glided past to settle in a patch of thick brambles.

“Either,” Lyrien grunted behind her, pushing her ahead again. “Just pick.”

Without thinking, Iandra charged ahead and to the left, but her foot struck against a cypress root and she went sprawling, landing with a splash in the shallow water beside the trail. The black birds seemed to laugh at her as they cawed and crackled from the shrubs. Behind her, someone shouted, a sound that was too close. The pursuit was on.

With one arm, Lyrien hoisted Iandra back out of the water and shoved her ahead of him. “Go!” he insisted, still glancing back the way they had come. Ignoring the mud and leaves that clung to her, the queen scrambled forward again, churning along the path and pushing the cattails out of her face as best as she could. She was stumbling along blindly with no idea where they were going.

Part of Iandra wanted to give up the fight, like her soldiers had done. She had grown so weary of running all the time. Surrender with honor and be finished with it, she had found herself thinking more and more often, but every time she had begun to lose hope, she had remembered her grandfather and his continued resistance to Lord De’Valen’s conquests. She needed that image right then, of the defiant gleam in her grandfather’s eyes—even when he was lying on his deathbed—to stiffen her resolve against those bleak thoughts. She was Ilnamar’s queen and bore her grandfather’s legacy. That responsibility had driven her onward when almost nothing else would, that and the icy chill she got each time she remembered the lust that gleamed in De’Valen’s eyes whenever he looked upon her. He could take her lands, but he would never touch her. She prayed that Lyrien had a plan. 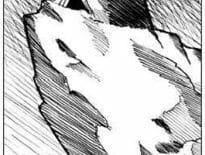