So you read my last article about system hacking, and it seems like a lot of work. You want to have that work done for you.

You’d like to run a game about Teenage Mutant Ninja Turtles, the existing game isn’t working for you, but you don’t want to work on hacking Mutant Year Zero or Feng Shui 2 to make it work, so you don’t know where to go.

Luckily for you, the generic game exists! That’s right – a number of games exist without a presumed setting of any kind, ready for you to move and twist them into whatever you want.

But before we begin talking about what generic systems can offer, we have to talk about how I can serve what you are looking for.

Obviously, I don’t know what game you are looking to run – it’s unlikely to be the ninja turtles example I gave – so I can’t suggest the ‘best generic system’ that everyone should be picking up. So instead, I’m to look at what are considered core elements you need to think about.

As someone who helped write a published generic RPG system, I found a huge thing that a system has to get over at an early stage: it has to do conflicting things well.

To begin with it has to be streamlined and ‘samey’ enough for its ruleset to be applied to any situation – space battles, haunted house exploration, dungeon crawling, you name it – without tying a GM in knots. But at the same time, it has to be able to deliver a series of very different and disparate genre tropes and widgets. If you play a western game in the system and then a cyberpunk game, and they feel the same, that’s hard to get excited about. So when you’re deciding to hack a setting into a generic system, this is a huge consideration – how well can a game capture the feel of the setting.

Some systems like Cypher system & Savage Worlds tend to weigh in on the ‘make games feel different by changing up available setting details, whereas PBTA games overhaul massive bits of their engines to create a tailored experience with each setting.

A good way to gauge how much a game system is going to do this for you is to look at how much the expansions talk about specific rulesets and mechanics they add. Not just throwing a new class or option in but how much the designers are invested in creating subsystems for each genre that make it feel unique. For our TMNT example, I’d want a system with some way of doing something a bit more involved with it’s martial arts systems.

One of the things about a system called to represent lots of genres is exactly where you desire for realism in setting is.

For example, technically, Dungeons and Dragons and Zweihander can both run adventures set in the First Law series by Joe Abercrombie. But out of those two, Zweihander does the gritty injury and low-end magic that feature in those books – it’s the system you’d use. It’s the same with your setting. How much do you want it to feel realistic? How crunchy does each specific thing need to be?

I’d be tempted by Savage Worlds for the TMNT game if I wanted a feeling like the turtles cartoons and newer films because of the level of pulp action. But for the early comics and first film, I’d be tempted to use something far grittier like semi-generic supers game Wild Talents or use the Year Zero Engine and add in the mutant animal rules from Genelab Alpha in order to make it work. Just so the game feels dense enough to really click.

So pay attention to the realism of the rules and how hard it is to perform heroic feats, get healed or survive a fall. Because they’ll help you decide if it’s for the game you want.

This is a term I invented, but I am beginning to understand is core to not only my choices of not only generic games I play but all games: How easy is it to build something on the fly or with an hour to prep?

One of the things I love about a game like the Cypher System is that enemies are desperately easy to design – pick a number to represent their level of threat, then add a few details and things they can do, and you are pretty good to go.

If I have to spend ages building an opponent from scratch, particularly one that is just a human with a weapon, then I am already done with the system (I’m looking at you L5R fourth edition, why didn’t you put human NPC stats in the book? Why do I have to create a whole character every time the players interact with a generic warrior?). So check. Are there quick generation rules for stuff? Is it gonna take you ages to generate things? How much free time do you have? It’s more important than you realise. The most used statblocks in my D&D games are the NPC blocks in the back of the Monster Manual and Volo’s, so I love that they exist.

So think about the work a generic game is going to make you do to represent the basics of the universe you are creating. If it’s a big initial investment, then smooth sailing that’s ok, but if it’s going to be asking you to put lots of work in to generate content for every single session and NPC, the game isn’t doing what you want and smoothing the road. It’s putting obstacles in it. Choose a different system.

We can see that when we choose a generic system, it’s not really just choosing ‘any’ system. We have to think as hard about a system that says it can do ‘anything’ because it likely will do that ‘anything’ via its own lens. And knowing the type of story you want to tell is so important because it allows us to look at what we want out of the system. Because even generic systems are not created equal. Next time we will shift focus to an article about shifting the focus of your game. Not confusing at all.

GURPS doesn’t get even a mention?

I hate to make statements about what I haven’t played a lot of or know and the last time I played gurps was pushing 25 years ago. At the time I found character creation to be draining but I know it is more refined now. It is the daddy of generic systems, and I have mentioned it before it other articles, what I say here also applies to it in a general sense despite the lack of specific mention, like many other generic systems, like FATE, 6d6, Risus, Different Worlds etc. I wanted to draw attention the act of conversion… Read more » 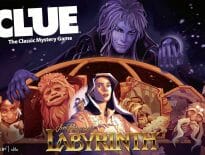 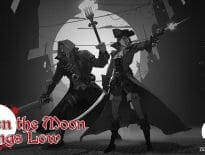