I recently heard a story online about a Dungeons and Dragons player who spent days building a character and planning his ideas for an archer character, thinking about how they’d feel to play.

Only in the first session, the GM had the player undergo a life event that changed them into a monk who could no longer use arrows. The player then had the character lay down and wait for death.

The story has stuck in my head, not only as a laughably bad example of how not to respect player agency but also as an interesting thing that can happen during games. We can forget that the players are the thing about which this whole merry-go-round spins.

So I wanted to visit various parts of the game and see how we can laser focus on the players and keep them invested and involved in a game for a long time – without just saying ‘yes’ to every idea they have.

If your players in a D&D game pick races outside of the player’s handbook, maybe ditch that as standard and have a world with no elves and dwarves but plenty of Shifters, Warforged, Thri-Kreen or whatever. If your supers game features mostly space-based heroes, maybe don’t set the game in space.

I know this sounds really obvious, but it’s surprising how many GMs have a plot and world locked in before they have even met the player characters. In this method, though, we have an idea, but we directly let play creation choices influence the world as it is built.

If it’s a skill-heavy game, and a player has built a character a certain way, make sure your setting/Adventures has an opportunity to use that skill.

The same can be said of background choices. Don’t wait to trigger these things; you are essentially hiding them away at that point.

Instead, have them front and centre. Ask questions about backstory like ‘where did this happen?’ then put it in any maps you build. Wrap some of one player’s story in right away and let it blossom into that first adventure. It will make the player sit up and take notice and act as a sort of promise to the other characters that you’ll get to them all in short order.

Think about how and why a character arrived this way; what sort of culture do they come from? How can that be interesting meeting people who were raised in the same culture?

Allow a player to make choices about people of the heritage they come from, then make those choices meaningful and visible during your game and in your world.

Watch The Way The Wind Blows

Offer more to do than the players ever have time to investigate and watch what they choose.

In one game, I threw in a religious writing about a prophesied child and suggested the heroes finding them might make freeing their homeland easier they even got a map of the big bad guys camp. They promptly decided the camp was too heavily fortified, ignored the child, decided on a different course of action, and made moves to liberate their homeland. They’ve had great fun doing so, negotiating with kings and gathering armies and freeing imprisoned allies on other planes. I have just assumed that the prophecy was false/is relevant to something else. Because while ignoring things in character should lead to consequences, I got the sense the group avoided this because it was too ‘standard fantasy plot’ and they weren’t interested. So I moved things around behind the scenes.

This is also true of NPCs. If players are interested in an NPC and click with them, you could consider letting the NPC go on a journey with them or have a plot point to deepen the relationship. I would say that you have to be careful with this: it’s quite easy to gather a menagerie of likeable characters to the groups side, but harder to get rid of them. So you can end up with a massive cast of people the players like but forgetting one exists for a while or just a headache of charting every NPC during combat scenes. Best to occasionally shake this up by having them leave or try to kill them off.

Keep talking to players; I have said it plenty of times – games discussion does not end at session zero.

Keep asking players what they are thinking, if they are enjoying the game, how they see their character going in the future, that sort of thing.

If you can, maybe take time to talk with each player about how they are experiencing the games they are playing in and what they see as important.

Try to get a gauge of how they react to things and let them tell you what they love about the game you are playing. Then take that and create a moment in game that nods to that consultation.

Sometimes just taking five minutes for a certain NPC to address a character or them finding a small detail about the world they want to know is the difference between a player feeling like it was worth them turning up.

This discussion has to continue and keep evolving. It’s very easy to create a finale game but creating the end of a game that is not just the end of the bigger meta-plot and instead serves the narratives of the players at the table is something you should aim for if you want your players to feel satisfied,

These steps might seem like really simple steps, but they can be neglected. At least one GM I know constantly ignored any attempt at backstory on his players’ behalf and just told the story he wished to tell. They were good stories and seemed deep, but he never asked for feedback, so players had no way of informing him that this was important to them. Later on, I realised that players who had been in with him for a long time and then played under me brought no backstory with them – they had gotten so used to it being ignored they didn’t bother to create one.

The moral really is you get what you give and that if you invest in the players and listen to them, they’ll give it back to you. Sometimes it’s not about saying ‘yes’ at the table but more about rewarding their effort and choices.

Next time, we are going to flip the script and show how sometimes working for yourself can also create amazing campaign ideas. So fear not, egotists! 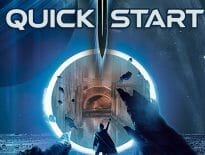 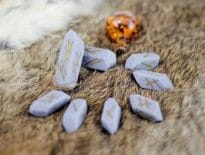 Geek Stuff Weird dice store brings fortune-telling runic RPG …
wpDiscuzComment Author Info
Manage Cookie Consent
We use technologies like cookies to store and/or access device information. We do this to improve browsing experience and to show personalised ads. Consenting to these technologies will allow us to process data such as browsing behaviour or unique IDs on this site. Not consenting or withdrawing consent, may adversely affect certain features and functions.
Manage options Manage services Manage vendors Read more about these purposes
Preferences
{title} {title} {title}
Loading Comments...