It bugs me that Cluedo is also known as Clue in some parts of the world. Or should that be the other way around? What doesn’t bug me is that there’s a Labyrinth version of it! That delights me.

It was David Bowie, the Goblin King, in the magic castle with his shiny balls.

It’s a game from The Op, and if you buy it from their store, they’ll plant a tree. You can also buy it from Amazon.

The Op describes their version;

Six object tokens allow you to present memorable items from the film as you explore the board: a crystal orb, a fairy, a Nipper Stick, Lancelot, a shifting floor tile, or a peach. Nine locations will recall your favorite scenes and characters as well, including The Labyrinth Entrance, The Ballroom, The Staircase Hall, Goblin City, The Junkyard, The Shaft of Hands, The Oubliette, Fiery’s Forest, or The Bog of Eternal Stench! Use the custom notepad to remember what to avoid as you narrow down the unknown clues. To play even smarter, use the special ability on each Character Role Card once per game for a unique advantage towards your goal.

Relive your first encounter with Jim Henson’s 1986 fantasy film Labyrinth by embarking on an epic trip with little Sarah. She must rescue her newborn brother from the elusive Jareth the Goblin King by navigating a perplexing, mystical maze. Sarah encounters fantastical monsters, charming beasts, and the unexpected at every step in a world where everything appears possible, and nothing is as it seems.

With this unusual take on The Classic Mystery Game, you’ll be transported to Labyrinth’s enigmatic yet entertaining realm. As Sarah, Hoggle, Sir Didymus, Ludo, The Wiseman, or The Worm, you must strive to figure out WHO Jareth the Goblin King secretly controls, WHICH object is cursed to entice them, and WHERE Toby is hidden! But a puzzling dreamworld wouldn’t be complete without shocks around every corner -CLUE: Labyrinth has multidirectional compasses with barn owls, dead ends, and hidden passageways!

The game is intended for 2 to 6 players ages eight and up. 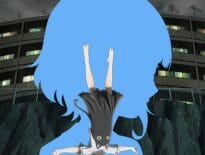 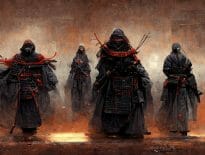