Geek Native has been tracking RPG and related launches on Kickstarter for around 100 weeks, and this last week was the most competitive.

Heat is an in-house metric that combines the number of launches with their asking price, and the higher the heat, the more competitive the crowdfunding market.

Should I write up the Kickstarter Heat news into a standalone article? You can find the chart at the bottom of this summary, but that will change week-on-week. The weekly analysis can be found here.

It’s Tabletop Gaming Live this weekend, and yours truly will be trying to get there. Travel in the UK is weird right now due to Royal respect and other motivations. As a result, there won’t be an Audio EXP podcast. Updates to the blog will be made from shonky railway wifi or Hilton hotel rooms. 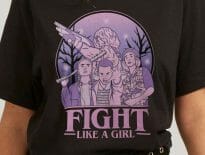