Many 5e-powered adventures in the D&D vein involve plenty of travel and exploration, but it could equally be argued there’s not in the rules for either. Cubicle 7’s Vault 5e: Uncharted Journeys offers to change that.

The Kickstarter from some of the team that did Adventures in Middle-earth and the Doctor Who 5e game Doctors and Daleks have their project up on Kickstarter, where it’s already met the funding target.

The system breaks journeying up into three stages;

Cubicle 7 divides the various responsibilities each of these three stages has over four key roles;

As you can imagine, this leads to discussions as to which classes are well suited for each role, and the book promises to cater to that.

Uncharted Journeys also has rules for creating ruins, their history and what might be hiding there now. Cubicle 7 says there are 1,000 different journey encounters in the book for 10 regions, and stretch goals will expand that.

Travelling allows adventurers to explore the world outside their homeland, meet new people, learn about different cultures, and uncover lost mysteries and ancient ruins. While they may know their intended destination, the adventurers must cross vast distances and traverse deadly landscapes to get where they’re going. The Journey Rules in Uncharted Journeys presents the perils, hardships, and opportunities the party face along the way and calls upon the players to work through them using their characters’ full range of skills, resources, and abilities.

The publisher has kept the pledge tiers straightforward; there are only three.

Then, at €50, backers get the hardcover version of Uncharted Journeys and shipping is to be added later. There are approximate costs in the Kickstarter story.

Lastly, the wildcard, the €100 retailer level, gets you 4 copies of the book.

Cubicle 7 estimates that the project will enter the delivery phase of its own journey around April 2023. 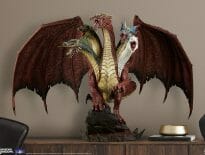 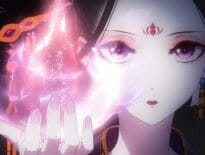