This is Audio EXP for the 6th of August 2022, and the title of this episode is “Evil grows and darkness blooms”.

[The following is a transcript of Audio EXP: #160]

Izegrim Creations is in the spotlight this month, as voted for by Patreons.

Izegrim has a Kickstarter for Twilight Fables, a 5e original folklore and mythology supplement. It’s running right now with about two weeks left to get involved.

The art looks incredible, and there’s a free preview to check out.

August is an exciting month with GenCon, ZineQuest and the Edinburgh Festivals here in Geek Native HQ. August also means a new RPG Publisher Spotlight poll for Patreons to vote in.

If you’re a Patron, there’s a private vote on Patreon.com for you. The candidates are;

Let’s start with GenCon; how envious I am of people there and yet how unlikely I am to fly to America to attend.

It’s expensive and daunting. However, I’d make sure I knew where the Monte Cook Games booth was.

It turned out to be a response to a particular false alarm, but, I think, good and kind practice as Monte Cook Games staffers stepped up to offer their games and booths as safe spaces.

In other words, if someone hassles you at GenCon, get to Monte Cook Games, and they’ll look after you. I think it’s a pretty heroic thing for MCG to offer, as I imagine they need GenCon to be a financial success.

I know the title of this podcast is about evil and darkness, but it turns out to be the good sort of evil and exciting sort of darkness.

Evil Genius Productions is growing. That’s the company with all the action movie licences, making the 5e-d20 modern mashup and the Everyday Heroes game.

They’ve also announced a license for the Everyday Heroes engine, and Gaxx Worx is the first publisher for it. Gaxx Worx will start with a wartime horror called Strange & Grim from designer Matt Everhart.

Gaxx Worx is the RPG studio from none other than Luke Gygax.

Yeah, so not only did Evil Genius get the license to do games like Pacific Rim, Rambo, and the Crow, but they’ve also attracted the Gygax interest. That’s impressive.

That’s the evil, so what about the darkness? In this case, it’s grim darkness as Cubicle 7 announced a new Warhammer 40K RPG.

The game is called Imperium Maledictum and will use a d100 system to remind you of games like Dark Heresy.

Unlike Wrath & Glory, which has all sorts of power tiers, Imperium Maledictum will be a much lower level. Characters are working for someone with some power; through that, they get to investigate or otherwise shake things up.

I’m surprised, though. I would have thought Cubicle 7’s next game would be a new setting on an old system, all in the game of building some unique IP for them. Imperium Maledictum is the opposite.

The new grimdark low-level game was announced, as you’d expect, at and for Gen Con, but it’s not the only new title announced.

There are loads in ZineQuest, but a Kickstarter coming up that caught the hype is Dragonbane.

Dragonbane is 40 years old and a mix of classic fantasy, challenging but silly at times. I’d never heard of it until Free League Publishing told me about Drakar och Demoner. That’s the original Swedish RPG, the first in the country, and which they’ll translate into English for the first time to make Dragonbane.

Another game that’s coming up, in playtest and making all sorts of almost understated announcements, is Marvel Multiverse Role-Playing Game.

Did you pay for the Playtest Rulebook which is currently out? Perhaps splashing the cash on one or more of the special variant cover editions?

Marvel Multiverse Role-Playing Game will have Roll20 as its official VTT and Demiplane as the official toolkit. I wonder whether Marvel suddenly becomes a mover in the RPG subscription model market. The RPG subscription market is new, but it’s a thing. Marvel Unlimited would be a game changer there.

With all these big names flying around, it’s nice to see DriveThruRPG launch PocketQuest to celebrate light rules and small publishers.

PocketQuest 2022 is live, and I’m not sure whether the name means there’s only going to be one a year.

This year, or for this first PocketQuest, the theme is summer camp, and even though I live in Scotland, I know what that is. It’s where horror movies are set.

Okay, it turns out that’s not always true, and some of the DTRPG designers have found more wholesome angles. Worth checking out.

This week, under all the drama, Geek Native also had news. I interviewed James D’Amato about his latest book, The Ultimate RPG Character Backstory Guide.

James was generous with his answers and offered up perhaps two special surprises. Firstly, despite having a book about creating backstories, he puts Wanderhome-style systems of mutual and session zero backstory creation among his favourites.

In another interview, I talked to DAGL of The Twenty-Sided Tavern.

I called the interview “Worlds collide” because The Twenty-Sided Tavern is a mashup of audience technology – you play on your smartphone, an actual play streaming, improv and theatre. They’ve also come to Edinburgh for the Festival Season, and I caught the show today.

In our game, the dungeon boss was a spicy transparent capybara, and the blow that finally took it out was from an uppercut from a rollerskating barbarian.

I aspire to write up a full review on my other blog, Edinburgh Reviews, which is the other collision of worlds here, but for Geek Native, I’ll rate it;

⭐⭐⭐⭐Four stars of d20 improv fun! The Twenty-Sided Tavern is a show gamers can take their non-gaming family or date to. Everyone will have fun, and perhaps the tabletop community will grow a little as a result.

A show I couldn’t possibly imagine doing an interview for is Cyberpunk: Edgerunners. Despite being an anime fan, I speak no Japanese.

The trailer for Netflix’s series, one made for CD Projekt and Mike Pondsmith, is out, and it doesn’t hold back. The series is due in September.

Now, for our usual outro of bundles, let’s see what’s out there.

Live for only a few days more is Lightspress Toolkits at the Bundle of Holding. These are system-neutral guides for GMs.

Meanwhile, on Humble, there’s a five-tier, physical book included, Essential Classic Fantasy RPG Collection. I think it does what it says on the tin.

On that note, may your rollerskating barbarians behave, and see you next week. 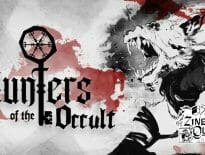 Tabletop & RPGs So many monsters: Victorian-era Hunters of the Occ… 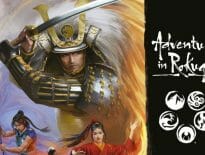