You are here: Home / Games / Tabletop & RPGs / Some of the official Marvel TTRPG now comes bundled in Marvel Unlimited

Subscribers can get the Marvel Multiverse Role-Playing Game: Playtest Rulebook this week. The core rules aren’t out yet, and while it might not seem such a big deal to playtest for free (isn’t that industry norm), the Marvel RPG playtest is £7 on Amazon and £1 more expensive for Kindle, as customers pay for the speed of getting a copy straight away. It’s a nice perk for MU subscribers to get the playtest.

We don’t know if Marvel Unlimited subscribers will get the full RPG as part of their package but we do know that Roll20 is the official VTT partner and Demiplane the toolkit provider.

Matt Forbeck on the Multiverse RPG

Marvel’s RPG isn’t their first roleplaying game but it’s the latest and only once since the D&D 5e explosion. It’s being written by Matt Forbeck, an author and designer with loads of experience.

In an interview, Marvel asked Forbeck what sort of features gamers could expect for character gen and development in the tabletop RPG>. He said;

When the full game comes out next year, you’ll be able to create all kinds of characters built to fit right in alongside your Marvel favorites. They’ll come with all sorts of powers and abilities, and you’ll be able to play as them through many different kinds of adventures. Your imagination provides the spark, and we provide the framework to create within.

It’s all kinds of fun. I know people who just like to sit and create characters over and over again. Then they take their favorites and bring them to their games.

Later, he was asked about Marvel lore and how it integrates with the game. I imagine this is a tricky one. Is the game for newcomers, or for comic grognards who know and want every atom of details, or causal fans like me who know plenty but far from all the details?

To that question, Matt answers;

The game is filled with references to Marvel Comics, including many profiles of our most famous heroes. What you see in The Playtest Rulebook is just a taste of what’s to come. When the full game comes out, we’ll have dozens of them in there, including both heroes and villains.

The game’s system is called the d616 System, which is a direct reference to the main Marvel Comics universe. It’s a lot more involved than a cute name, of course, but we try to take inspiration from all of Marvel’s wonderful stories wherever we can find it. 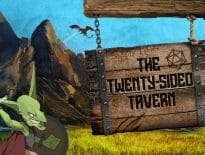