You are here: Home / Games / Tabletop & RPGs / DriveThruRPG kicks off the first PocketQuest to celebrate small publishers and rules-lite games

For the next month, PocketQuest is all about new rules-lite RPGs.

This is the first games jam of DriveThruRPG, and their community of publishers have been working on summer camp-themed and “pocket-sized” RPGs. While DriveThruRPG is the largest eCommerce market for digital tabletop RPGs and getting bigger through a deal with Roll20, this PocketQuest is about small publishers.

The hashtag #PocketQuest2022 is the one to follow, with DriveThruRPG spending the month highlighting games, but five to get you going are;

In Two Cat Club’s inaugural DriveThruRPG entry, camp counsellors are imprisoned in a terrible time loop because youngsters summoned demons rather than participating in arts and crafts. Choose the odd eldritch mark on your counsellor’s body as you search for information and battle to survive the end of the world.

The inaugural DriveThruRPG entry from Anaphis Press is for a cooperative storytelling game for 2-4 players. Teen dinosaurs are the main characters at the summer camp. Will an extinction event destroy their summer, or will they have fun? Playing cards are used in the game to decide on daily camp activities, including frisbee, finding new friends, and preventing the world’s end.

The core of summer camp, according to Black Guard Press, is becoming the most well-liked, hippest youngster and being dubbed Camp Royalty at the Grand Gala. In this 2-6 player game, Camp Doanshu Wanabemi combines roleplaying, strategy, and the luck of the draw using basic playing card principles to determine outcomes.

With enemies who could “very much just consume you and be done with it,” Brickslinger Games’ inaugural DriveThruRPG entry captures the emotional experience of a Lovecraftian protagonist and inspires innovative solutions. Players only need a pen, paper, and two six-sided dice, and they can choose from a variety of misfit archetypes, such as the Anachronist or the Alternative.

A Summer on Tell Tale Island by Oddfellow Games.

The inaugural DriveThruRPG offering from Oddfellow Games places boisterous campers on a mythical, dangerous, constantly shifting, and paradoxical island. The game’s camp badges (or tasks) are chosen by the players, and when they are finished, they grant extraordinary skills like “you can shoot fireballs” or “you have impossibly strong teeth.” 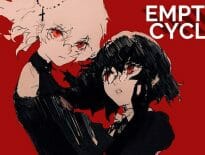 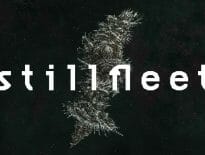