This is Audio EXP for the 2nd of April 2022, and the title of this episode is “RPG licenses”.

[The following is a transcript of Audio EXP: #142]

Outland Arts, not to be confused with Outland Entertainments, don’t know yet. April 1st isn’t the day to get in touch with people for the first time with weird emails.

Let’s stick with the RPG Publisher Spotlight. This is Geek Native’s ongoing attempt to help promote smaller names. If you’re a podcast backer at Patreon, you get to nominate creators from the roleplaying games industry and vote each month for a winner.

Every Friday, the winner gets featured in the news summary, they also appear on the Spotlight page and get a dedicated article. Ideally, that article is an interview, and that’s what I’ll now try and arrange with Outland.

This week we saw the end of a much bigger spotlight feature – an annual round-up of anime projects from AnimeJapan. These are the big shows, the big title anime, and headline grabbers to look forward to in the months coming up.

It’s been busy, and Geek Native has been doing two trailers a day. Apologies if you’ve no time for anime, but hopefully, these are easily scrolled through and ignored.

There are loads of great looking shows lining up, and I’ve a few related thoughts. Firstly, anime is coming West at a rate that’s sometimes faster than some American TV shows come to Europe. That’s just my observation, I wonder if there’s any official stats to measure this, I had a look and couldn’t find any. Would you agree?

One of the big title anime is Do It Yourself!! with two exclamation marks. It’s branded content. It’s about girls doing DIY. That’s a healthy idea, but it comes from a Japanese construction firm.

I’ve watched similar branded content anime before, and it is easy to forget. It’s much more subtle than Western shows unless they’re trying to be sneaky on purpose, and I think it works much better.

In the case of the Do It Yourself!! anime, it’s a win-win. Even if the brand name isn’t remembered, society benefits the more people build and repair stuff themselves. Thankfully, companies that help DIYers will benefit even if they make a profit. It’s shops that sell disposable goodies or fast fashion that won’t.

I guess what we’re talking about there are old habits. Habits from advertisers and from consumers. I don’t generally like the word “consumers” to describe people, but in this context, it works.

But let’s stick with habits for just a bit. A Kickstarter of interest this week is gearing up to take on the habits of tabletop gamers. It’s called ARcana, and it’s an augmented reality system fronted by Joe Manganiello. He’s a Hollywood actor known to play D&D.

Augmented Reality, aka AR, means pointing your smartphone at your actual and physical table and seeing digital maps, castles, dice, and minis on the screen.

That’s not the current tabletop gaming habit, and I’m sure it won’t sound attractive to many people, but I see the potential. It’s a way to have meat-space catch-ups with friends and use minis without needing all that physical space to store models.

ARcana, in no small part due to its famous frontman, has funded. Let’s see if they can deliver and if they can, whether it’ll land and spread.

ARcana hasn’t touched on whether it integrates with any rule systems like virtual tabletops do. Of course, it doesn’t have to, as your physical dice don’t. It also means they don’t have to worry about licenses just yet, which is wise.

The Dragon Prince RPG is just out, based on the anime, and we’re back to the growth of anime again. It uses Cortex, but that’s not the license I’m talking about.

I mean Fandom’s third-party license to let the likes of you and me write and sell for the system. That’s what Fandom would like us to do while they run a marketplace, and that marketplace is yet to appear, though.

The new license is the 2nd edition of the non-commercial license, so for games that aren’t sold. Firstly, they will let creators put Pay What You Want titles under these rules or take tips. Secondly, other platforms like Itch are now allowed. Thirdly, the language has been cleared up, so it looks less like Fandom trying to own all your good ideas.

I think it’s much better, but it’s hard for good news to eclipse bad. We’ll have to see whether word of Cortex’s potential spreads through the creator community.

It’s only now that the penny has dropped in my slow brain that the title of this week’s geeky news podcast should be “RPG licenses”. It’s the main theme.

For example, the next piece of news is that Nightfall Games has released the StokerVerse quickstart. It’s not free, it’s Pay What You Want with a suggested price of $1.

The tabletop RPG will be an S5S treatment of the Dracula world from a creative partnership with actual blood ties to Bram Stoker, in which the great vampire and his legacy continue to be a threat.

A Kickstarter is expected.

This will be a Cypher System game, and if they mention it’s based on a horror podcast of the same name in their announcement, I didn’t see it. But it is. I’m sure that’ll be made evident in the Kickstarter when it launches. I’m sure Monte Cook has the license for it.

I sense more than a touch of Lovecraft here, but in essence, there are ancient and unknowable horrors trapped in the mountains. And they’re beginning to wake.

Outland Entertainment announced they had snapped up the license to Scarlet Republics.

That’s a failed computer RPG set in a grimdark fantasy world of politics. The boss of Outland was a backer.

Outland is calling it a transmedia project, but the game will be published first as a tabletop RPG. If you backed the failed computer game Kickstarter, you automatically get a copy, and the rest of us will also get the chance to buy it. Given the previous failed Kickstarter, I’m not sure if Outland wants to try and crowdfund the tabletop game.

A tabletop games publisher that is making computer games as well, albeit with a developer partner, is Ulisses Spiele. Cleverly, the project is being managed by their virtual tabletop integration team.

The project in question is Wolves on the Westwind, it’s a The Dark Eye game, and its visual novel. It’s a Choose Your Own Adventure book with great music, illustrations and branching paths.

I think visual novels are the sensible first and next step for the bigger RPG publishers, even board game publishers. I think so because I imagine they’re less risky than taking on board almost any other computer game project.

Now, let’s do bundles as the outro because the Bundle of Holding is being as busy as they forecast.

First up, there’s an unusual flash sale with a few days left on the clock. If you can get there by Monday, then Third Eye Games’ Part-Time Gods has a one-tier bundle. That’s a game where gods have everyday lives, like Percy Jackson or American Gods.

Elsewhere in the Bundle of Holding, there’s Victoriana 3e. That’s a fantasy steampunk that uses the Heresy Game Engine. The next edition won’t be Victoriana 4e but 5e because it’ll use the D&D ruleset.

Also, in the Bundle of Holding, there’s Tianxia a martial arts and friendship RPG.

Leaving RPGs for just a bit, but heading back to anime and manga, Kodansha has a huuuuge Award-Winning Manga 2022 deal on Humble. There are more than £1,000 of titles up for grabs.

Lastly, and for Savage World fans, or those curious about starting, there’s the Savage Ukraine Benefit.

And on that note, let’s wrap up there, enjoy your next licensed RPG and see you next week. 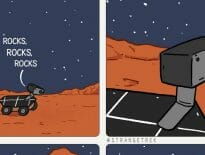 Comics Rocks! You get what you measure 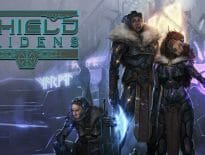