Kickstarter is busy with software options for tabletop gamers, and the competitive virtual tabletop space has a healthy and challenging overlap with augmented tabletops.

A virtual tabletop uses your Mac, mobile or PC, but an augmented tabletop uses the lens on your tablet or mobile to transform your view of a traditional tabletop space to overlay on graphics. Like Pokemon Go. Joe Manganiello is the creative director at Mirrorscape who funded, in hours, ARcana.

The Kickstarter pitch for ARcana looks good. It’s a column of graphics, which is terrible if you’ve vision impairments and reflects how AR lags behind with accessibility.

The lure and charisma of Arkhan the Cruel will no doubt have an influence on ARcana’s success. Pushing against that in the other direction must be the burnt fingers of early adopters in the tabletop AR map space.

Cleverly, the campaign brings in mini makers like Dwarven Forge, Fat Dragon Games, Reaper and Hero Forge. These companies make actual models and might otherwise be resistant to helping a virtual alternative, but in finding a role for them in this project, Mirrorscape has made them allies.

The campaign will fund a standalone ARcana app for iOS and Android. There’s no mention of subscription fees but there are hosting costs. So the inference is the business model is buying digital models from the ARcana controlled marketplace. Hence the need for partners like Hero Forge. There might also be a Foundry-like twist with paying for the space to store all these assets and perhaps even run servers if needed.

Backers at the $30 level will get the app, the Starter terrain and mini set, 5 Hero Forge starter minis, a choice of digital terrain packs, 10 Reaper zombies and skeletons, plus all unlocked stretch goals.

It grows from there.

$50 tier backers get more digital terrain packs, additional Reaper minis and unlimited hosting. Interestingly, the hosting is given away so early on, which suggests Mirrorscape knows it’s unlikely to be a high cost. This tier also gets the first 1,000 backers early access.

Then, at $80 there are more terrain packs, more Reaper digital models and additional Kickstarter exclusives,

$150 layers in, you guessed it, more terrain packs and more Reaper models.

These tiers top out at $1,000, which is limited to 50 and includes a place in the Hall of Heroes.

Reassuringly bullishly for a software project, Mirrorscape aims to deliver ARcana by October. 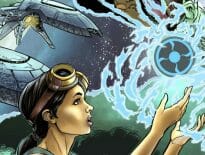 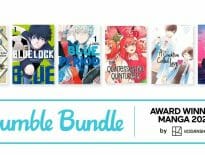