Scarlet Republics is a failed computer roleplaying game. A post from Audacity Interactive, the developer, last year began with “We have failed…” and detailed the end of the project.

Outland Entertainment, the Tombpunk RPG publisher, announced this week that they had bought the rights and would turn the turn-based CRPG into a TTRPG.

The tabletop RPG will use “a popular percentile-based system rooted in the history of tabletop role-playing games”, according to Outland, and be as gritty as the original proposal promised.

The Kickstarter project, a “Projects We Love” badge holder, describes a game that mixes the grimdark of a Joe Ambercrombie book with Fire Emblem. It’s set in a treacherous City-state of Corsano, a fantasy world that echos the Italian Renaissance and rife with mature fantasy, vengeance and conquest.

Backers of the failed computer games will be the first to get digital copies. After that, Outland plans to release general print and digital versions and supplements.

I was an original backer on the Scarlet Republics Kickstarter, and when I found out that they were going to have to shut down, I thought it would be a shame to let such a fascinating world disappear. So, I’m really excited that Olmo Rauba decided to work with us to develop it into a roleplaying game!”

Outland has said there will be further announcements about the license and that they’re calling it a transmedia project. That means we may get books, comic books and other instances of the world as well as the new RPG.

Scarlet Republics is the type of rich, lore-filled world that appeals to tabletop gamers, and I am excited to be developing the rules that will allow gamers to explore this world. My approach to the game is to balance the dangerous qualities of the world with player empowerment to create an exciting game for groups to play.” 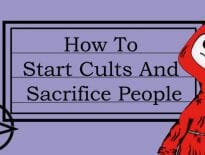 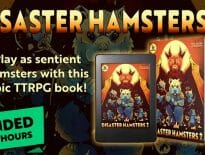