Friday wheels around again, and with it comes another collection of RPG news but with added importance.

The hobby industry has been doing so much to support Ukraine that it feels impossible to cover it all, but some of it is mentioned here.

There was some drama but mainly karma around efforts by OneBookShelf to coordinate action for Doctors Without Borders. That gives us;

There’s also a Wizards of the Coast press event going on right now-ish, and no doubt that news will break just the summary hits in your inbox. If you’re no D&D fan, then that’s probably of little interest to you.

This week there’s the usual mix of D&D and not-D&D RPG news in the mix, though, so it’s safe enough to keep skimming below.

Have we mentioned social media as a way to track Routinely Itemised recently? There’s also this old technique using the RSS feed and rule-based cloud systems to subscribe by email.

So, with that said, let’s get all that promised RPG news. 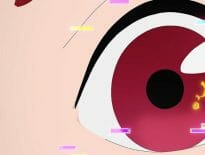 Anime You0 Deco is the next anime from Devilman Crybaby … 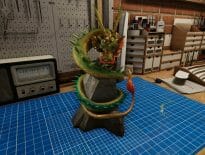 Cool Tech Frostpunk joins the virtual Model Builder in an ex…
wpDiscuzComment Author Info
Manage Cookie Consent
This site uses cookies 🍪, and links are ads that may earn bloggers some money 💰, and with this alert, I very much hope that these dark truths 🧌 are acknowledged.
Manage options Manage services Manage vendors Read more about these purposes
Preferences
{title} {title} {title}
Loading Comments...