This week, the publisher SNEG announced the return of the 1988 Gold Box series of D&D games. Included are Dark Sun, Dragonlance, Eye of the Beholder and other Forgotten Realms titles.

These classic computer games still have a page on Wizards of the Coast, although it’s for the latest 2015 versions, which required Windows XP or, say, Ubunto 14.04 to run. SNEGs’s re-released D&D games will go to Steam.

Even decades after their original release, the Gold Box games are seen by many as iconic Dungeons & Dragons digital experiences, and they practically defined computer RPGs. Now, I’m overjoyed that we get to fulfill our dream of bringing these RPG gems back to PC gamers on Steam while introducing them to a new audience!”

We’re getting more than games. A companion app, a unified launcher and a character party transfer tool are all on the roadmap.

When do Dark Sun and the others hit Steam?

The launch date is March 29, just a few weeks from now, and you can see them listed on Steam here.

Forgotten Realms: The Archives Collection One

(Champions of Krynn, Death Knights of Krynn, The Dark Queen of Krynn)

(Shattered Lands, Wake of the Ravager)

Planned for the same time;

It’s upsetting that such a section is needed.

I researched SNEG before writing this post and discovered it’s a British company registered in High Street North, in London.

The three listed officers have Poland as their country of residence but are Russian. A creepy Google suggests that all three identify as Polish, and I wonder if SNEG’s Shchuiko is GOG’s Artem Shchuiko. Certainly, Oleg did work at GOG for 12 years. 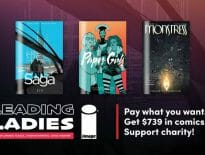 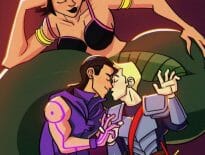