So, you’ve finished a campaign.

You have, against all odds, dragged the story to its natural conclusion. Got the players together and kept them hooked. It wasn’t all easy, and you might have even made a few missteps. But you did it. You delivered a satisfying conclusion with a cathartic payoff. Now it’s all over. The game is done. And you already miss it.

First, pick yourself up.

We all understand post-campaign blues. Saying goodbye to a thing we’ve loved is never easy. And it might occur to you that you don’t have to give up everything from your campaign. Your new great campaign could be a sequel to the first. Maybe directly, picking up some of themes and locations with new characters, or even the children of existing characters. The idea isn’t a bad one and as the seed is planted grows. Wouldn’t it be nice to see that world again, meet some of those characters again, see what happened next?

Well, yes, it would. But it’s also a bit of a minefield. So let’s spend the 100th Genre Police column talking about legacy and sequels. It seems appropriate.

What I call a ‘legacy campaign’ is a simple concept. The game continues as a legacy of the first game, imagines the game world altered by the consequences of the last game and likely takes place a generation later with new characters, some of which are likely related to the original characters by virtue of being their children or descendants.

It’s a pretty good idea and one we’ve seen several fantasy authors do over time, from The Shannara and First Law series as well as it being the main conceit of a small book you might of heard of called Lord Of The Rings. But we have to be careful because we aren’t all Tolkien. You could end up damaging the legacy of your original campaign by delivering something that leaves a bitter taste in the mouth. I still can’t watch the original matrix film nowadays because it reminds me they made two awful sequels. So let’s look at some things we can do to ensure that any legacy game is well received.

See where the old characters are now: Feel free to show us old characters and NPCs from the previous campaign, in new roles. Make the old soldier a tired ruler with political problems to worry about. Show us the quiet farm where the assassin finally found peace, show us how the wizard had a kid who turned out to be a musclehead. Show us the old characters in places we don’t expect or give them an epilogue style footnote. Answer questions about what happened to unfinished villains or heroes we never saw the conclusion of. Allow us to revisit the graves of the fallen.

But don’t make it about them: While those cameos are fun, remember this is also about a new generation. Make sure the new world isn’t just about following in the original characters footsteps. Use returning characters when they make sense for the plot but give the new characters and NPCs a chance to shine. Let a new generation make their mark. Unless you are letting players step into their old characters shoes for a scene or two, don’t make them the focus of the action or empower them to totally fix the player’s problems. Always imagine some reason or problem they can’t help. Then the new characters end up helping the old before they can get what they need.

Lean into some familiarity: At the beginning, pick a few things that are going to be exactly the same as the last campaign. Maybe the PCs have the same dragon patron. Maybe that specific forest village is still a place of help and healing. Maybe two intergalactic species are still at war. Maybe Meglotropolis is still protected by Uberman 50 years later. Have some things that make the players feel like it is still the same world and there is continuity between the two games.

Then change the rest: You need to show change. Maybe technological or economic change has happened. That terrible pirate settlement has gentrified and is now a swarm and cultured port. Maybe a nation has fallen because the oppressed underclass has risen, and now the area has less oppression, but the roadways are more dangerous to travel. Maybe the dragon patron absolutely hates the new group. Maybe Uberman went mad, and Meglotropolis hates superheroes. Think about how things will have progressed. You occasionally need to wrongfoot players or show a side of things the original characters never saw.

Offer A New Enemy: Nothing is going to kill a legacy game dead for players more than the feeling of ‘not these guys again’. So make sure you vary the enemy groups. It seems like a good idea to bring back the big bad guy from the last game but trust me, it’s not the best move. It risks the idea that the bad guy was better than the original characters and that all the first campaign counted or nothing.

Instead, seek the natural emerging enemies of the end of the last campaign. When I was a player in a Dragonlance Legacy game, the DM decided that after the first group had ended the group by expanding the power base of their home city and defeated the disciples of Takhisis, the early levels of the new campaign was about terrorist groups who didn’t like the new growing power taking their farmsteads and had us facing off against a very human threat that snowballed into a whole new war. This was a really smart choice and allowed us to feel like the world was fresh and bigger than we had originally thought.

Be very careful with what you do with old established victories: I hinted at this above but it’s quite important not to mess too hard with established stuff.

If your assassin from earlier retired to a homestead and raised pigs, consider that is the ending the player wanted for this character. It’s the end victory goal. So you might visit the homestead and disturb the assassin, but unless you want that player to get mad, don’t burn it down and send the assassin back to killing unless you’ve discussed it with the player first. Because you are undoing progress and characterisation, they will feel was earned.

It might seem like a good idea to burn down your first campaign as a way to up the stakes for the first. But it’s a dangerous risk. Look at the new Star Wars films. One old character’s death was shocking until you realised they were doing it and that someone was going in every film. Then it just felt like a spiteful hit list.

I hope that’s a few helpful lists of things to think about if you are thinking about putting together a legacy or sequel game and that any new game you are starting runs smoothly! Next time we are going to continue this miniseries of new beginnings and see where it takes us.

Creative Commons credit: Gunpoint: The Five-Floor Goodbye by EmperorMossy, Adventuring Party by ANIME407, and And we march on by ThemeFinland. 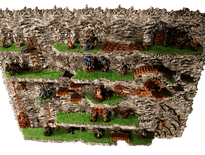 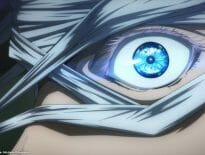 Anime Life is hell, which is fun: A review of Jujutsu Ka…
wpDiscuzComment Author Info
Manage Cookie Consent
This site uses cookies 🍪, and links are ads that may earn bloggers some money 💰, and with this alert, I very much hope that these dark truths 🧌 are acknowledged.
Manage options Manage services Manage vendors Read more about these purposes
Preferences
{title} {title} {title}
Loading Comments...