You are here: Home / TV / Anime / You0 Deco is the next anime from Devilman Crybaby studio Science Saru

Devilman Crybaby was years ago, but it still haunts me, mind you, Science Saru, the study behind it also did the lovely Keep Your Hands Off Eizouken!

Both are remarkable anime and perhaps that’s why there’s so much interest in the next project from Science Saru. The trailer for You0 Deco (which is often called Yurei Deco for reasons beyond me) is out.

We’ve been told very little about You0 Deco, but the trailer shows playful characters in a colourful world. That world is probably “Tom Sawyer Island”, set in the near future, and where cyberspace meets reality.

The script comes from Cowboy Bebop’s Dai Sato, and You0 Deco is directed by The Night is Short’s Tomohisa Shinoyama.

The series is due out in Japan this July. 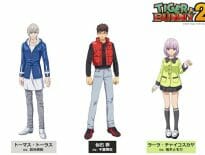 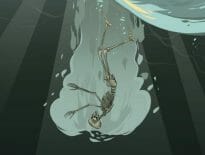