This is Audio EXP for the 19th of March 2022, and the title of this episode is “What secret D&D press event?”

[The following is a transcript of Audio EXP: #140]

I asked Wider Path what makes a good game, and they said it was one in which the players felt excited to explore, and the GM was equipped to react to that.

This week, there were credible reports that there would be a press event from Wizards of the Coast about D&D on Friday.

And maybe there was.

If it did happen, though, I’ve not seen any news from it. If it happened and the press were briefed, then people are keeping secrets.

That’s interesting in itself, right? Why the better than usual behaviour? Different sort of news? New stewardship from Wizards of the Coast?

However, what I noticed at the same time, which isn’t a secret, is a new placeholder for a D&D book, one written but not published by Wizards of the Coast. That’s an official D&D graphic novel due out next year.

Another interesting change of behaviour that I noticed came from Modiphius.

I imagine gamers think of Modiphius’ games when they think of the company. It’s a publisher of the likes of Dishonored or Dune tabletop RPGs, of Achtung! Cthulhu and others.

However, it also helps smaller companies with their distribution. With Modiphius’ help, you can get your successful game into even more stores around the world. Modiphius can help with your logistics.

Modiphius announced a deal with an even bigger fish, with Asmodee USA for the games Skyrim and Spectre.

These are two board games coming out soon from Modphius, and Asmodee USA has the global rights.

So, why get a bigger company involved? It’s the potential size of the game. Not the physical size, but the market size.

Modiphius needs, hopes and wants these games to be blockbusters. That’s entirely understandable, and I’m sure Asmodee cut them a good deal too.

Asmodee is now part of the Embracer Group, partnered with publishers like Saber Interactive and Dark Horse, who are also in the group.

Imagine if people at Modiphius were talking to senior people in the Embracer Group. I wonder what those conversations could be about.

The world is full of surprises.

Surprises like James Introcaso working on a Zweihander project. Due out later, and with Kate Bullock and Daniel D. Fox as editors, there’s a large adventure coming called Eternal Night of Lockwood.

The capacity of talent like Introcaso to keep on writing, thinking and writing some more is impressive.

I guess we also had something of a mystery revealed with the Kickstarter launch of The Bad Karmas and the Curse of the Zodiac.

This board game is exciting because it’s our first proper look at the Teburu system from Xplored.

It’s not a flat-screen, and there’s not a Netflix rent-a-board system that comes over the web, which is a surprise.

Instead, Teburu is cheaper than that. You lay an old fashioned board over the top of an electronic system, and its combination of that and special minis and bases is enough to tell the smartphone app powered system what’s going on.

That app then acts as storyteller, GM and rules narrator. It’ll play sound effects, manage the rules and reveal plots.

There’s a partnership in place with Paradox to bring World of Darkness games to the system.

There’s over €150,000 pledged from over 600 backers, which is a lot, but Xplored are asking for €200,000 to fund. Sorry to say that The Bad Karmas might not be the runaway success that the company was hoping for, but that finish line is in sight, and the project seems carefully thought out and managed.

In the spirit of “life is tough, and we have to work hard”, I’m reminded of a new-to-the-cinemas release this week. That’s the feature-length prequel to the anime Jujutsu Kaisen.

I had the chance to see this at home, in advance, and while Jujutsu Kaisen 0 gets no marks for having an original name, it gets high marks for impact and fun.

The anime is horror and action. It’s horror in moments with careful build-ups and reveals before those end in supernaturally powered fights.

It’s also horror in implications. The baddies in the series are Curses; they’re our negative thoughts made manifest, and once so sentient, they go on to terrorise whomever they like.

If you have the chance to watch it on a big screen and to do so safely, a challenge giving rising infection numbers, then I’d recommend it.

Another story that merges hardship and entertainment this week is from Marvel. This time, though, we’re talking about real-life hardship and the intolerance of LGBT people in some parts of the States.

Doing a bit better than their parent company, Disney, but perhaps seeing the wisdom to be more proactive, Marvel released a statement to denounce legislation that infringes on human rights.

Marvel didn’t name Flordia or Don’t Say Gay, but they do use the word “legislation”, which clearly makes it a political statement.

Whether these companies will take action remains to be seen. We’re seeing companies pull up and get out of Russia. Mind you, they didn’t do that when the Russians brought in anti-LGBT policies; they waited until shells started to fall on cities. Safe to say, I don’t think we’re even close to boycotts of intolerant American states.

Also from the world of TV is the news that there might be a TV series for The Sixth Gun. That’s a weird west graphic novel from Cullen Bunn. That’s another talent who seems to be able to create, create and then create some more.

There’s already an RPG for the comic book, and Pinnacle Entertainment publish it.

And there we have it, we’re talking about bundles which means the final segment of the podcast.

This also brings us back to the war.

OneBookShelf and publishers have several Doctors Without Borders deals. They are;

Humble also has a deal.

The Stand with Ukraine bundle costs about £30 and has nearly £2,000 worth of software, computer games, tabletop RPGs, comics and other geeky goodness.

At the time of writing, more than 120,000 bundles have been sold. There’s a few days left to join in.

That’s not all, Humble has a host of First Edition Pathfinder too. There are four tiers, and the top one includes a hardcover in the shape of the Inner Sea World Guide.

In the Bundle of Holding, you can help save our seas by checking out the First and Second Editions of Blue Planet.

There is a Third Edition on the way, but the Kickstarter for that is long gone.

Outside of RPG deals, I also noticed in the Bundle of Holding Night Shade Best Science Fiction and that’s a way to get a lot of sci-fi short stories.

Lastly, one from Geek Native and for British listeners only, a competition to win a small tree spirit t-shirt.

And on that note, let’s wrap there, check out those bundles and see you next week. 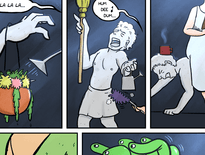 Comics The trials of Medusa 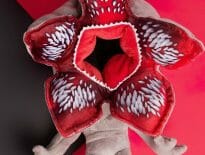