You are here: Home / Games / Tabletop & RPGs / The Purging of Segedwyn is a D&D adventure written entirely by AI, and you can inflict it on your players today

Are you planning to run some scary D&D this Halloween? What about a Pay What You Want adventure that the co-collaborator James Ruth labels “run at your own risk”?

What’s so scary about The Purging of Segedwyn?

Even the cover art was created by an algorithm.

You can dig into an example of what’s possible with Davinci with this example of Chatterbox working with OpenAI.

Or, we can also just see what the output from the 100% AI created adventure synopsis is. The computer describes the module;

You get what you get. James Ruth notes that the whole adventure is published “As Is”. No human moderation has been applied to balance the encounters, stats or anything else. The result is “fractured societies and forbidden magic” as well as the unbalanced power of the Sword of Segedwyn. Ruth, I’ll note, is quick to point out that sometimes it’s the Staff of Segedwyn, but perhaps we shouldn’t sweat small details.

Perhaps even more spookily, the full title of the DMs Guild sold download is OpenAI Series #1: The Purging of Segedwyn which rather implies there is more coming.

Footnote: I didn’t think the thumbnail for the download’s front cover was large enough for Geek Native, so I ran it through the AI Image Enlarger to create a larger version.

The Purging of Segedwyn is a D&D adventure written entirely by AI, and you can inflict it on your players today 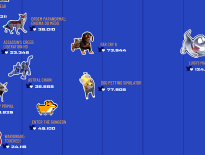 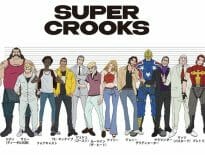