We knew that Netflix was working on a Super Crooks anime, but the trailer, out this week, has dived headlong in.

The original comic book series was four issues long, with Marvel publishing the Scottish comic book creator’s work back in 2021. The trailer for the new take is in Japanese, with subtitles added. The characters are easily recognisable, and yet each second oozes an anime vibe.

At its heart, Super Crooks is a heist with lots of spy thrillers thrown on.

We see small-time crook Johnny Botl hustle to put a crew together for that typical “one last heist”. That’s an effort that hooks him up with the disgraced hero, The Gladiator, elderly supervillain The Heat and even his ex-girlfriend Kasey.

13 of the 30 minutes episodes will run when the Super Crooks starts on Netflix on November 25.

The transition from comic book to anime was noted by Millar himself. He told the press;

I planned this as a kind of low-budget, European movie, because it was originally set in Tenerife, near Spain. But over the years, it kind of morphed into becoming an anime series.”

I’m a massive animation fan, and I’m in love with Japan. I can’t really think of many examples of traditional American superhero characters done in a Japanese style. And it’s so cool, it’s just amazing because it’s two things I love being smashed together, which I think is really interesting.

That Spanish connection isn’t lost. Johnny and recruits head to Span to steal from the world’ most notorious villain. What could go wrong? 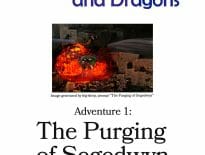 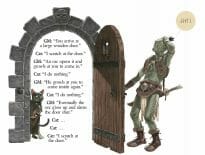 Books Love it: Campaigns & Companions – The C…
wpDiscuzComment Author Info
Manage Cookie Consent
This site uses cookies 🍪, and links are ads that may earn bloggers some money 💰, and with this alert, I very much hope that these dark truths 🧌 are acknowledged.
Manage options Manage services Manage vendors Read more about these purposes
Preferences
{title} {title} {title}
Loading Comments...