Meta. The term is mentioned a lot in D&D circles. When someone does something outside of what their character knows, people roll their eyes and say ‘uhh..meta’.

So, naturally, when it came to the survey I made about terminology, I included the term. When I got the answers back, I realised that while a lot of people seem to know what meta is, they actually don’t always agree and that really, we are talking about lots of different things.

So I sat with the idea for a while. The more I sat with it, the more I realised how big the idea was. How much meta needs a bit of a look at and how doing so might make us better GMs. But to do so involves unpacking the term from the beginning. Because the term is always sort of evolving.

So, the term ‘meta’ is a sort of borrowed term. In works of theatre or literature, referring to text or action in a critical way within the work itself is known as ‘metatextuality’. A good example is a chorus in a play that speaks to the audience and tell them that the main character is destined to fail and has made a mistake. It also refers to the discussion around the work – in a more recent example, Falcon And The Winter Soldier is about some guys fighting about a shield, but the meta-discussion is about race in America, PTSD, what it means to be a soldier in contrast to the nation you fight for.

So, it becomes easy to see why the term ‘metagaming’ happened. We needed a term for the discourse around a game, the moment where you step out of character and think about the RPG as a game. That was the basic origin of the term and its uses. So why did we get from that to rolling of eyes and accusations over builds?

Into the vague space

RPGs are, when you think about it, a strange beast. You are playing a game. But you are sort of also having an immersive storytelling experience. Those two things sit at different ends of a spectrum.

As the storytelling aspect of a game started to take flight, the term meta becomes a sort of category for doing things that remind us we are all in a game – Using character knowledge that you wouldn’t have is the first version of the term I encountered, back in the UK GM MAGAZINE publications letters column.

But the difficulty arises when we all have different limitations on where the immersion is broken and when it is desirable to do so. In the survey, I saw a move in newer gamers toward calling certain character builds ‘meta’.

Now, part of this comes from other mediums’ current meta’. But the mentality seemed to be that building an optimised character is automatically a meta activity as if we are all honour bound to build something with sub-optimal mechanical flaws to be interesting. We will come back to this particular discussion, but it’s an interesting development from the survey.

The other part of the survey that came through is that the view of using meta-knowledge is always bad. Examples given were always negative examples of game-breaking use of meta-knowledge. As one veteran gamer in the survey put it:

Avoiding meta-gaming is generally considered one of the key aims when roleplaying a character well.”

Which is certainly one opinion. I mean, it’s wrong. But let’s examine why.

Your characters have little reason to work together, and the plot hook is maybe a little weak, but you decided to form up a party to deal with it because otherwise, the game would go off the rails.

You know you could probably ace this social challenge because you have a good argument and good skills. But Steve seems to be really enjoying trying to fast-talk the guards; you just watch and smile.

You identify a magic item and read mechanic benefits to the party.

You see that Andrea and Callie’s characters are arguing, and it’s getting heavy, and you suggest a break so that you can all take a moment to calm down.

You introduce safety tools at your game, and someone uses them when some content unsettles them.

The thing about all of these things – THEY ARE ALL METAGAMING.

We talk about breaking immersion and referring to knowledge that we have outside the game like it is always a bad thing, but if we are playing properly, we are all constantly metagaming.

Unjamming a planning decision by being big enough to put your idea to the side, so the game progresses? Good Meta. Making a challenging decision even though you as a player know it’s gonna hurt your character? Good Meta. You are taking knowledge from outside of your character and helping the group.

We tend to forget that meta is a neutral term. I often see the impact that has on groups. The trend in comments sections throughout the internet is that the fault for most problems that arise is the GM. But actually, players can do the work GMs do if they want. They can watch videos on how to be a better player, they can read articles about RPGs and understand how to resolve conflicts and work with others. Dragon magazine used to have stuff about this all the time.

All of that is meta too. Don’t be afraid of it. People who look down on you for stepping outside of the game every time your cleric asks how many hit points people have left before choosing which spells to cast at the end of the day has lost sight of what part of the RPG is storytelling and what part is a game.

We can all point to terrible moments of metagaming in our games. But next time you play, try to see if you can spot moments where other players used meta in a positive way.

Maybe we can start using the terms’ bad meta’ and ‘good meta’ to begin to expand the discussion around the game for everyone. That way, we don’t just sling negativity but reward good play, hopefully moving all of us toward best practices.

Next time, we are going to circle around the ‘build meta’ argument when we look at characters and meta. We’re also going to take on the ‘Wangrod Defence’ because people who took the survey are dying to know what it is. 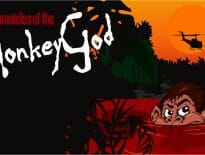 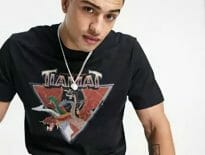