Ulisses Spiele is expanding the Fading Suns RPG through a successful crowdfunding campaign. New Frontiers will take characters into barbarian space, into the distant worlds of the Vuldrok Star Nations and far beyond the borders of the Phoenix Empire.

The campaign is being run on Game on Tabletop, an alternative to Kickstarter, and is currently nearly 300% funded.

The New Frontiers series for the sci-fi RPG Fading Suns will focus on culture clash and civilizations in conflict. Characters can be from the Star Nations and resisting the arrival of the Emperor or welcoming the arrival of the new visitors. Alternatively, characters can be from the Phoenix Empire, loyal to the Emperor and the Vuldrok shield-maiden, who is his new wife.

Humanity’s dream of attaining the stars came true. Using the jumpgates left by a mysterious alien race, we spread out across many worlds and built a grand republic of high technology and universal rights — and then squandered it, fought over it, and finally lost it. In the aftermath of utopia, a new dark age descended and even the stars grew dimmer. Noble houses now rule the Known World, vying with greedy tech guilds and haughty priests. Amidst these factional games of power, a rare few individuals will question things and strive to reignite our destiny among the stars.

Ulisses Spiele uses the term “space Vikings” to describe the people from the Star Nations, a diverse group, who are divided and potentially vulnerable to the empire.

A pledge of $50 will get the Vuldrok Space book, the PDF and marked stretch goals.

Alternatively, $65 gets St. Paulus Field Guide to Spacecraft, its PDF, the NEw Frontier Spacecraft Deckplans and their PDF plus the same stretch goals.

There are higher stretch goals that add in more stretch goals, Hard Times on Hargard, Lifewheel and Ammo Box. The estimated delivery for all tiers is around Winter 2021 or early 2022. 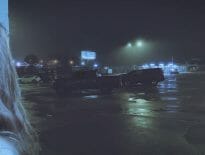 Geek Stuff Short film: Recurrence – What are the winnin… 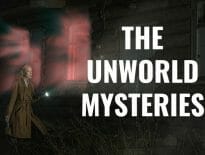