[The following is a transcript of Audio EXP: #90]

I’m struggling to accept it’s April 2021. We’re already in the second quarter of the year. It feels like only last month that I was going to work in the office, but that was over a year ago.

But, I don’t want to linger too much on reality. Let’s start our recap of the highlights of geeky news and discoveries.

In fact, let’s start by wondering about intelligent life on planet Earth. Do you think we’ll find life smarter than dolphins down in the depths of our oceans? An octopus, perhaps, as they are fiercely intelligent.

Well, last year, Geek Native was giving away the card game Get Bit ! where your robot is trying to outswim a hungry shark, and I asked this question as the entry mechanic.

58% of people don’t think we’ll discover anything more intelligent than dolphins in the oceans; 43% believe we will. I know, that’s 101%, but I’m rounding halves up.

Geeks are even clearer; only 40% of geeks thought we’ll find any creature that was more intelligent than the dolphins down there.

There are many competitions live on the site right now, and I’ll mention the latest at the end of this podcast.

As I said, it’s the start of the month, and with the convention calendar on Geek Native sneaking towards its first birthday, I’ve been trying to do a brief monthly summary posts of the events coming up.

The call-out event this week has to Star Trek First Contact day. The 5th of April in Star Trek canon is when humanity made the first contact. Now, it’ll be a free virtual event held on Star Trek dot com.

It’ll have celebs from the show and behind-the-camera experts. There are six panels in total, but panel one has Patrick Stewart with a special announcement and a presentation. My guess is that it’s season two for Picard.

If you’re more of a Star Wars fan, then I’ve very different news for you. For the first time ever, you can get your hands on the screen-used kyber crystal props from Rogue One. Those are the crystals that enabled the Death Star’s superlaser to work.

These props have never been offered to the public before.

The catch? You need a Death Star of your own; the crystals come with it.

There are 10 of these Death Star watches from the Swiss watchmaker Kross Studio, and each one costs $150,000. I decided not to run this story on April Fool’s day, for obvious reasons.

If you are a super-rich Geek Native listener and Star Wars fan, then these wrist-sized Death Stars seem tailor-made for you. The rest of us can look at the pictures on the blog, as it may be as close as we ever get.

Or, if you prefer to watch fantasy rather than sci-fi, then there’s mixed news about the anime Black Clover. It’s officially finished, even though the anime didn’t get to the end of the plot, and it seemed to be doing well. It was popular outside of Japan, but maybe that’s not enough to keep an anime live.

The good news is that there will be a feature-length animated movie coming. I hope this continues the story. I enjoyed the series, and I want to see how it ends. If that means watching a movie every year or so, then so be it.

One last bit of anime news, one a bit closer to Geek Native, as Edinburgh-based author Dave Cook has announced his comic book series Killtopia will get an anime.

Killtopia is Blade Runner meets Fortnite as bounty hunters compete for fame, and humanity is crippled by a virus.

A start-up called Voltaku will use machinima techniques with the Unreal Engine to turn Killtopia into an anime. Machinima was also pioneered here in Edinburgh by Hugh Hancock before his untimely death. I was actually due to meet Hugh on the day he died, but that’s another story.

I hope the Killtopia project is successful for Voltaku. It may clear the way for more cost-effective comic book to anime conversions.

We can even stay with TV as we segway back to the realm of RPGs. Last week we talked about D&D TV. The guy writing that, Derek Kolstad, wrote the latest episode of Falcon and the Winter Soldier.

But it’s not D&D TV in the news this week.

Onyx Path Publishing has a TV series in development. Which game do you think is getting the treatment?

It’s not the World of Darkness, and Onyx Path have even edged away from memories of Kindred the Embraced.

No. The Onyx Path RPG that’s caught the attention of Jenkins and Tate Entertainment is Scion.

Scion is a game in which players are awakening gods. It spans several books, with Hero, Demi-God and Gods being the focus of the first three, and with expansions adding in Dragons, Cthulhu mythos style entities and similar.

You know the deal. You’re trying to hold on to your job flipping pancakes while also dealing with the fact that you may be Aphrodite, the goddess of beauty and pleasure.

The terminology is important with the Onyx Path announcement. Firstly, I checked to make sure it wasn’t an April Fool’s, and it doesn’t appear to be.

Secondly, the word used is “developed”, which is a better word than “optioned” but not as good as “in production”.

An optioned game simply means someone has paid for the first refusal. Nightfall got SLA optioned years ago, and we heard nothing since, but perhaps that process was enough to hook them into the Terminator license.

A TV series in production is getting at least one episode unless something goes off the rails, but shows have to get through the pilot episode even then.

That the nameless Scion TV show is in development means that paid people are working on it. That’s probably concepts and scripts, and they need to be pitched to entertainment companies who might then be persuaded to buy it.

So, I guess all I’m saying is that Onyx Path isn’t blowing smoke at us. They have real news, and it’s pretty exciting, but I wouldn’t expect to see Scion on TV any time soon.

I think it’s a wise choice for a TV show. As it’s contemporary, it’ll be much cheaper to make than a fantasy or sci-fi, and I imagine Onyx Path took whatever finance deal they were offered, rather than set the terms like Paradox might do for a World of Darkness series.

As promised, it’s a game where you can play a survivor, a Mister Handy robot or even a super mutant or a ghoul.

The core rules will cost you £38 for the hardback. The limited special edition comes in at £140. Nuka Cola caps are a thing now.

We’ve also mainly got packshots. I’m not sure we’ve seen much of the interior art yet.

Free League Publishing has news too. They’ve announced that their dark fantasy Symbaroum is getting a 5e conversion.

They’ve called that game Ruins of Symbaroum; make of that what you will.

And yes, it’ll be a Kickstarter due for a little over a week on April 13th.

But, Onyx Path, Modiphius and Free League are all big publishers in our little pond of RPG goodness. What about some of the smaller guys?

As it’s the start of the month, we’ve a new RPG Publisher Spotlight for Patrons to vote on.

The publisher who won this month is LPJ Design, and they won it in a dice off against Nightfall Games. You can see the video of that deadly dice roll on Instagram, and if you’re in the Geek Native Discord as a patron you can send me questions to ask LPJ in the private patron channel.

Let’s quickly run through the five candidates for May. They are;

You know, whenever I hear “Tacitus”, I still think of Pierce Brown’s Red Rising series, which starts off with red-coloured bio-engineered transhumans mining Mars to terraform it for their gold masters. A recommended read.

Sticking with helping the smaller guys, I want to talk about the Mythic Table Kickstarter.

Mythic Table is not just a free virtual tabletop; it’s an open source one. The Kickstarter gives you lifelong discounts at their partners like the Open Game Network and World Anvil as rewards.

I backed it because lifelong discounts are precious and because I think an open source VTT would be great for the hobby as a whole. Imagine running an online TTRPG convention with an API available that lets publishers connect their latest material into your virtual tabletop demo space. That’s the sort of territory we’re getting into with Mythic Table.

Not that I’m against real tables, the stuff of wood, plastic and metal. You need those to put your battery packs and expensive gaming minis on.

WizKids has a candidate for that honour in the colossal shape of Tiamat the Queen of Dragons.

This D&D mini is 73cm wide, which’s three-quarters of a metre, and 42cm long. WizKids want you to treat her as a gaming mini and place her on your battle mat, so she towers over your party’s minis.

If anyone does this, please send a photograph!

Okay, as we enter the podcasts’ final segment, let’s look at ways to maybe save some money. I mean, how else are we going to afford to back all our favourite virtual tabletop and metre long dragon model?

Here’s how you can get a free Conan story. Spend over $25 on a print product at Goodman Games while stock lasts. The DCC publisher usually sells these vintage novels from their convention stands, so maybe they’ve built up a bit of a surplus.

There’s been no shortage of bundles this week either but two to highlight are the TRPG / cRPG crossover at Fanatical and the Tales from the Loop/Coriolis deal at the Bundle of Holding.

Fanatical, now part of Fandom, is selling computer games like BattleTech and Shadowrun along with other Paradox games.

The Free League deal at Bundle of Holding has the core rules for the sci-fi Coriolis RPG in the starter collection, along with some supplements and the Tales from the Loop core rules in the bonus.

And there’s a second deal. In the Coriolis-Loop 2 deal, you get more Coriolis goodies in the primary collection and Things from the Flood in the bonus section.

To finish up, I did say I’d remind you about the latest Geek Native competition. That’s for Adler volume 1.

Irene Alder is the American woman who is a foil for Sherlock Holmes novels and appears in pretty much every derivative work later. She has her own comic book series, which is a bit like an Extraordinary League of Gentlewomen, and the first episodes are bundled together to make volume 1.

On that note, let’s wrap there, so please keep safe, pop into the Discord server if you want a chat, and we’ll see you next week. 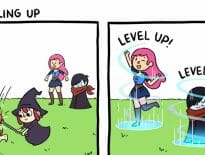 Comics Clueless Hero: The travesty of levelling up 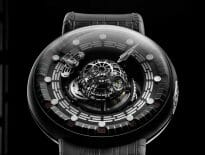 Geek Stuff Death Star watch and kyber crystal for extreme Sta…
wpDiscuzComment Author Info
Manage Cookie Consent
This site uses cookies 🍪, and links are ads that may earn bloggers some money 💰, and with this alert, I very much hope that these dark truths 🧌 are acknowledged.
Manage options Manage services Manage vendors Read more about these purposes
Preferences
{title} {title} {title}