Sherlock Holmes fans will know the name Irene Adler, the American women who impressed the consulting detective with her intelligence and cunning.

Adler was introduced by Conan Doyle in the 1891 A Scandal in Bohemia story. Since then, she’s become not just a fan favourite but a familiar character in derivative works.

Titan Comics, illustrator Paul McCaffrey and author Lavie Tidhar gave the American a whole series, and in Adler: 1 they compile the first four of the individual comic books into one graphic novel.

Imagine the League of Extraordinary Gentlewoman. Jane Eyre is wounded in the Boer War and returns to London, only to find it changed, and the inventor Lady Havisham introduces her to Irene Adler. The two set out to find lodging together, only to be caught up in a brutal secret war against Ayesha, She-Who-Must-Be-Obeyed.

Adler: 1 is now available but Geek Native has one copy of the graphic novel to give away to a reader with a postal address in the US or UK. To enter the competition, log into the widget below and complete the missions. Each point you earn is a chance of being picked at random to be the winner.

In Adler, Queen Victoria has managed to stay on her throne through the application of experimental medicine. It’s a world in which Madame Curie has invented a new secret weapon that attracts Ayesha and her assassin Carmilla. Adler and her team of determined women once again have to mobilise to stop her.

Geek Native is taking part in a blog tour in which you can find reviews, other competitions, interviews and content from Adler. Check out the sites involved and the dates you can expect something to happen!

One of mugs with Winnie the Pooh

I I like the Marvel Avengers Two-Tone Crewneck – BoxLunch Exclusive

I’d like the Naruto Akatsuki Cloud Ramen Bowl with Chopsticks 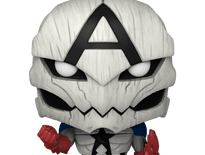 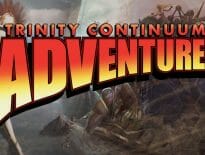