There are only 10 of these $150,000 watches in existence, and each one comes with a screen-used kyber crystal prop. It is the first time that these authentic kyber crystal props have been released to the public.

Kyber crystals were the Rogue One: A Star Wars Story conflict, the power source for the Death Star’s planet-killing superlaser.

The Swiss design studio has also made wonderfully detailed armoured transport crates to hold and display your hard-won crystals.

Here’s what Kross say about the Death Star watch project

The Death Star-inspired Tourbillon watch itself tells us a great story of passion, craftsmanship and advanced technology. Notable technical innovations are highlighted such as the house-developed manual-winding mechanical movement that delivers a robust 5-day power reserve. The hands have been affixed to a peripheral display that orbits 360 degrees around the tourbillon. A traditional crown system has been replaced by an ingenious, inset push-button system. Kross Studio developed a D-ring shaped crown on the case back for winding the watch, stowed out of sight to help maintain the timepiece’s sleek, space-age styling. These clean lines are also preserved by cleverly hiding quick-release buttons on the underside of the case. This practical feature will doubtless be welcomed by collectors, allowing a quick change of the straps from the included calfskin leather strap to either of the two other included rubber straps. 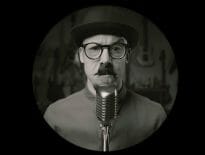